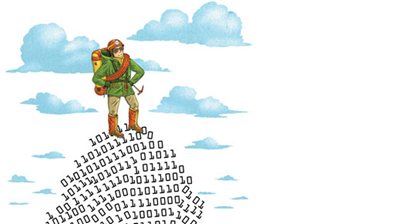 Twitter feeds, blogs, and oh yeah, traditional media—is it too much information, or just enough to create new opportunities? Here’s What Business Thinks™ about the new media landscape.
By TCB Staff
January 01, 2011

To one degree or another, that also shakes up the way everyone does business. Prospecting for leads, advising clients, shaping marketing messages, deciding where to deploy the most valuable resources—people, time, and dollars—all of it is changed by a changing media landscape.

So in the latest What Business Thinks survey, and in follow-up interviews with survey participants, we asked you, the people who run businesses in the Twin Cities and around Minnesota, how you’re adapting. What sources do you find trustworthy and useful as the number and kinds of media available to you increase? How do you do things differently now than you did a few years ago? And especially, how are you mastering change? Here’s what you told us.

Lisa Helminiak needed fewer than 140 characters to land a new project recently for Azul 7, the Minneapolis branding and digital agency where she’s a partner. A consultant she knows and follows on Twitter put out word that he’d won funding for a new project. Helminiak saw the tweet and sent congratulations back with an invitation to turn to her firm if he wanted help.

“Literally in two seconds, I got a phone call,” she says. Azul 7 got the work, too. Helminiak isn’t sure it could have happened that neatly a decade ago. Maybe if she were out at face-to-face networking events several nights a week, but even then, she believes odds would have been lower that she’d get an early heads-up on the funding. LinkedIn and Twitter give users a real-time, always-on dashboard that sometimes—not always—flashes valuable indicators of what’s happening with clients, colleagues, competitors, and prospects.

“You can get a sense of what people are working on, and where they might need help,” Helminiak says. Social media don’t replace the phone or face-to-face networking, but they can be powerful supplements to those other ways of prospecting for business.

Tuning In
Why Buy When You Can Swap, Rent, Borrow, Barter, or Get It for Free?
Corner Office-Values Added
OptumHealth’s New Business: Wellness for the Very Well
See all stories by this author >