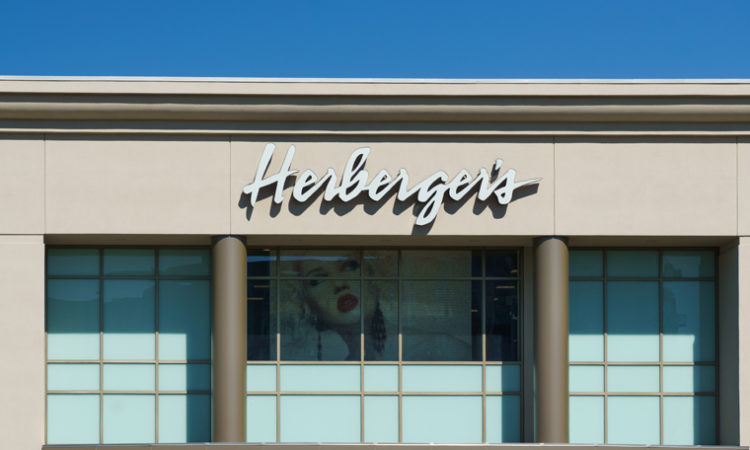 All 16 Herberger’s and Younkers stores will close around the state.
By Allison Kaplan
April 19, 2018

Bon-Ton Stores, the parent of Herberger’s, Younkers, and other regional department stores, is going out of business—creating yet another major hole for shopping malls and strip centers in Minnesota, and around the country.

The company, with headquarters in Milwaukee and York, Penn., operates 254 stores including 14 Herberger’s and two Younker’s in Minnesota. At Northtown Mall in Blaine, Herberger’s was the last of the “traditional” department stores, leaving Best Buy, Burlington Coat Factory, and Home Depot as the anchors. The closing means Macy’s will be the only department store at Southdale Center, where Herberger’s opened just seven years ago.

Herberger’s liquidation is an especially ill-timed setback for Rosedale Center, which is months away from completing a $76 million expansion that will add a new Von Maur department store and space for several new specialty tenants. Herberger’s remodeled its Rosedale store in 2017 in anticipation of Von Maur’s arrival, and then sold the property back to Rosedale in a lease-back deal valued at $18.9 million.

Herberger’s also has stores in St. Paul, Stillwater, and several smaller markets including St. Cloud, where the department store chain was headquartered until a consolidation in 2000 brought it to Milwaukee. While Bon-Ton’s Younker’s brand is more of a presence in Iowa and Wisconsin, it has two Minnesota locations in Duluth and Austin.

Unable to find a buyer after declaring bankruptcy in February, the company confirmed on Wednesday that its assets will be liquidated. The announcement continues the downward spiral of retail chains. Closings hit an all-time high in 2017, and 2018 is on pace to continue the trend with the recent mass closure of Toy’s “R” Us as well.

“The malls are unlikely to find another suitor to take up all that space,” says David Brennan, co-director of the Retail Institute at the University of St. Thomas. Herberger’s largest Minnesota store, at Rosedale, measures 149,908 square feet. “Eventually it will get filled but it may not be retail.”

The new mixed-use model being adopted by struggling malls is already on full display at Southdale. Life Time snapped up the vacant J.C. Penney space and plans to open a fitness club with a rooftop pool; Hennepin County recently moved its nearby service center into the Edina mall. Nationwide, medical clinics are becoming a common replacement for vacant department store spaces. “They’re not as good of rent payers as retailers,” Brennan says.

Most malls would love to copy the Mall of America model of replacing stores with entertainment attractions: Smaaash virtual reality arcade or the Crayola Experience with hands-on activities for kids. MOA just announced Matric Technology, a theater featuring 5D virtual reality “adventures,” opening this summer. The theory being, consumers today will leave home for an experience; not to buy shoes.

There just aren’t department store alternatives left for most of the spaces Bon-Ton stores will vacate. The only possible one Brennan and other industry experts could name for Rosedale’s Herberger’s would be Nordstrom, and the Seattle-based retailer, which dragged its heels for years on opening a second location at Ridgedale Center in Minnetonka, has never expressed interest in the east metro. “I don’t know if there’s enough market for another Nordstrom,” Brennan says. Nordstrom’s Mall of America store is too close to Southdale for that to be a consideration.

Ironically, Herberger’s might have fared better with the more upscale Nordstrom as its neighbor, Brennan says. The moderately priced market is overcrowded with Macy’s lowering its assortment and better department stores such as Nordstrom and Saks Fifth Avenue expanding their discount divisions to compete with the likes of TJ Maxx and Marshalls.

Bon-Ton has not been profitable since 2010. Herberger’s, like JC Penny and others, fell into the cycle of weekly sales and constant coupons, which failed to resuscitate the bottom line. Despite refreshed stores in prime locations and efforts like a department filled with locally made goods, the retailer just couldn’t connect with new, and younger, shoppers.

But in Minnesota, its core audience on the east side of town is fiercely loyal. News about the potential closing broke the day before the annual New & Now spring fashion show at Herberger’s Rosedale earlier this month. Calls flooded the store, an events manager said, and when customers learned the show would go on, Herberger’s actually sold more tickets. Around 250 women crowded in before 8 a.m. on a Saturday. Perhaps they sensed it would be the last.