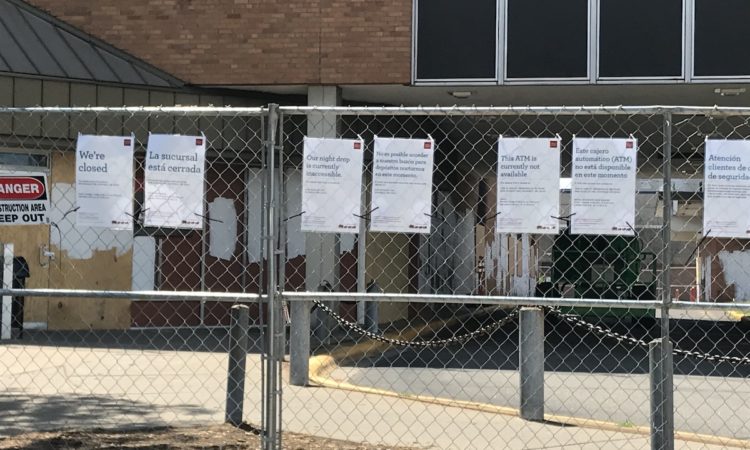 San Francisco-based Wells Fargo & Co. and Minneapolis-based nonprofit Project in Pride for Living (PPL) have inked a letter of intent to redevelop the heavily damaged bank site near the intersection of Lake Street and Nicollet Avenue in south Minneapolis.

The Wells Fargo bank branch at 3030 Nicollet Avenue sustained heavy damage and was set on fire during the social unrest in May 2020. The bank never reopened. Wells Fargo owns the entire south half of the full city block, a large 2.6-acre site. Wells Fargo issued a request for proposals to developers last fall.

Housing will be the dominant element of the site’s redevelopment. Plans call for “at least” 200 units of housing, the bulk of which will be affordable. The project will be developed in phases. Construction of the first phase is expected to start in 2022.

“As we thought about transforming the Lake and Nicollet site, we looked for a development partner that shared our desire to work with the surrounding community to ultimately inform how the site can better serve the neighborhood,” said Laurie Nordquist, Central Lead Region President for Wells Fargo, in a statement.

The first phase will include a new bank branch and approximately 100 units of housing over ground-level commercial and community space. PPL has retained the local Design By Melo firm to lead the architectural design work.

Wells Fargo and PPL will kick off a community engagement process in May to gather feedback and thoughts about the project from the neighborhood. The Minneapolis-based Cultural Wellness Center will lead those sessions.

Twin Cities Business reported in February that Wells Fargo had secured a wrecking permit to raze the bank.