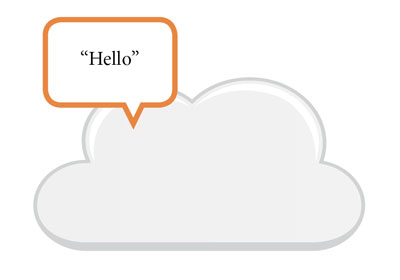 Voices in the Cloud

VOIP looks to be the phone service of the future. But should your company build its own VOIP system or just rent some space in the cloud?
May 01, 2013

To VOIP or not to VOIP is no longer the question. Telecommunications experts say that when businesses of almost any size decide that the time has come to change something about their phone service, the vast majority now swap their legacy systems for voice over Internet protocol.

The more pressing question about phone service today is, to cloud or not to cloud? That is, should the company own and maintain its internal VOIP network? Or should it pay some third party to host its telecommunications system, perhaps along with the rest of its information technology network?

So far, only a relative handful of VOIP adopters, mostly small companies, have chosen the cloud route, experts agree. “VOIP in the cloud gets a lot of press, but it isn’t very prevalent yet,” says Joe Hines, CEO of Voice & Data Networks, Inc., in Edina, which designs and manages communications systems for businesses.

The numbers on the size and growth rate of the VOIP market vary wildly, but the technology has made serious inroads. One report from Massachusetts-based telecommunications-research firm Heavy Reading said that by the end of 2011, 31 percent of installed business lines in North America were VOIP based. The report projected that the figure would grow to more than 66 percent by 2015.

“Anybody looking at an old, rusted [telecom] system for the past few years has gone to VOIP,” says Steve Knutson, chief information officer for Marco, Inc., in St. Cloud, which designs and manages data, print, and communications networks for corporate clients. About a quarter of Marco’s total business involves voice communications, and “99 percent of our voice clients are now VOIP,” Knutson says.

For the most part, companies that haven’t yet made the switch to VOIP are those that figure “we’re going to use the equipment we’ve got until it breaks,” he says. Hines agrees that such inertia is the main drag on the proliferation of VOIP. “The options are to own your own system, pay for a hosted or cloud system, or do nothing,” he says. “If you’re selling cloud-based VOIP, your big competition is still ‘do nothing.’”

Whatever virtues VOIP may have, the attraction does not feel urgent to a lot of small and mid-sized businesses. For one current client, a Minneapolis jewelry store, Hines says he is “taking out some old TDM stuff that the manufacturer discontinued in 1988.”

“‘The cloud’ is really a data center somewhere,” says Tyler Middleton, vice president and general manager of the Twin Cities region for phone-service provider CenturyLink. A “pure cloud” (or “pure hosted”) arrangement is one in which the host organization owns the guts of the VOIP system—the back-end hardware—and houses it in the host’s data center. The client company then rents resources from the host, usually on a monthly basis, sharing the data center’s infrastructure with other clients. Those rented resources include things like bandwidth, server space, software, technical expertise, and sometimes handsets and headsets.

In functional terms, it doesn’t really matter where the equipment is located, observes Steve Larson, a senior vice president for hosted-communications company Enventis, which has offices in Plymouth and Edina. “If the equipment is on your premises but you hire me to manage it, you can still call me and say, ‘I need five more phones.’ It still can be pay by the drink,” he says.

To keep the terminology clear, however, Larson says that “for a true cloud solution, I would argue that the servers would be in a data center. There would be nothing on your premises except connectivity equipment to connect you with the data center.”

Variations on the pure-cloud theme are endless. Wisconsin-based TDS Telecom, which provides residential and business phone service to parts of Minnesota, has a hosted VOIP offering for businesses with up to 75 employees. “The only equipment on the client’s site is a router and some handsets,” says Clint Harder, vice president of product strategy for TDS hosted and managed services. Everything else is in one of TDS’ data centers. But clients can own their own equipment in those centers.

Harder currently is conducting research to determine what new hosted services TDS should design for midmarket companies with more than 100 employees. Those probably will include a pure-cloud alternative, he says.

Hosted-VOIP providers have their eyes on midmarket businesses as the next great frontier. Harder is confident in estimating that among businesses with more than 75 employees, the current percentage of VOIP adopters that have chosen hosted services is in the single digits.

If a company goes the pure-hosted VOIP route, there is no capital expense at all, just a monthly operating expense. That monthly cost might or might not be cheaper in the long run than a company-owned system, sources agree, depending on factors such as the features and functions the company requires.

The company doesn’t need to employ people to manage the system. Hosted arrangements can be easily scalable, meaning that the company can quickly add or subtract everything from handsets to bandwidth. It is also easy to add or subtract various office locations. Thus, the phone system can accommodate not just seasonal surges in voice traffic (a Christmas rush, for instance) but also rapid expansion or downsizing.

Larson says that hosted VOIP services appeal to smaller companies that want unified communications, in which the office voice system is integrated with employees’ mobile phones, as well as with e-mail, videoconferencing, instant messaging, “presence” functions, and more. “Can your own IT organization implement and support all that?” he asks. The right hosted system can provide a small business with “all of the features that a Fortune 500 company has,” Larson says.

Hosted VOIP is especially appealing to companies with limited IT resources in-house. “A cloud provider should have a lot of expertise in the latest technology and features,” Harder says. “So, in theory, at least, your provider can roll out the system more smoothly than you could.”

Also, in theory, your quality of service should be better, Harder says. “My core business is to provide high-quality phone service. That’s not the core job of your internal IT organization.”

Hosted VOIP service generally makes sense for businesses unless the telephony needs are very simple (simple enough, say, that basic VOIP service from a provider like Vonage would suffice) or very complex, Harder says. He estimates that as many as 70 percent of small and midsized businesses may be good candidates for hosted arrangements of some sort.

Hines, on the other hand, predicts that “pure-play” hosted arrangements will remain only a sliver of the market. “It’s too limiting,” he says.

He and others agree that the drawbacks to most cloud offerings have to do with limited features and greater difficulty with customization and integration. The more customization a company’s phone system requires, and the more closely the phone system must integrate with the rest of the IT system (think data-mining applications in conjunction with customer calls, for instance), the less sense it makes to have cloud service. With a cloud solution, you have to do things the provider’s way. “Even a good shared system is inherently harder to customize than a dedicated system,” as Middleton puts it.

Security, privacy, and identity management also are concerns that might push a company toward a premises-based system rather than a cloud offering, Middleton says. But other experts suggest that while companies certainly should question prospective hosting organizations about how those issues will be addressed, good hosts now can provide good answers.

For instance, identity management—the process by which authorized users of voice or IT systems are identified and verified—is a thorny technical issue for several reasons, Knutson says. “But it doesn’t necessarily hinge on the question of whether a system is hosted or not.”

On the other hand, it is important to shop for the right host. Harder warns that “many hosted VOIP offerings for small businesses don’t offer back-end integration to the customer’s existing security directory or access to their identity-management infrastructure.” When evaluating a cloud service, he says, companies should ask about whether and how the service will integrate with their list of passwords, the credentials in their databases, and other security/identity-management matters.

Similarly, Harder says, with some basic hosted-VOIP offerings for small businesses “you might see service-level agreements that don’t talk about quality of service.” Quality of service, or QOS, has to do with the way data is prioritized in a network so that voice service gets a higher priority than other applications running on the network. In a nutshell, QOS means that if capacity gets squeezed, your e-mail should slow down before your phone calls get jittery.

Harder suggests that a hosted offering from a company like his is likely to provide higher quality of service than a small business’ own proprietary system. However, others argue that proprietary systems often are superior both in QOS and in providing a business with all of the features it wants.

Knutson says flatly that “you can’t have features as rich with a cloud system as with a premises-based one. People argue with me about that, but they’re wrong.” It is perfectly true, Knutson says, that a company designing its own VOIP system can create a mess. “If you build your own system and forget about identity management or security or quality of service, you can wind up tearing out a lot of equipment,” he says. “But I have seen unhappy businesses take out hosted systems and put in premises-based ones. I can’t recall anyone who has taken out a premises-based VOIP system for technical reasons in order to go hosted.”

Jack Gordon is a freelance writer and a frequent contributor to Twin Cities Business.