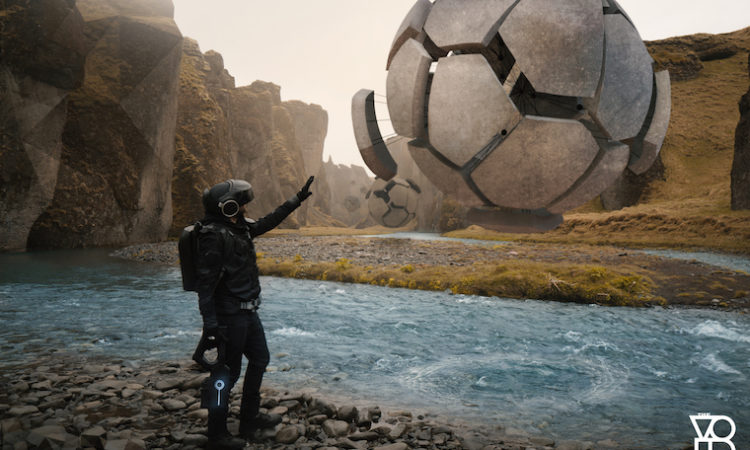 Are virtual reality attractions the new shoe stores for shopping malls? It’s beginning to look that way at Mall of America, which just signed its third immersive entertainment experience called the VOID, a “hyper-reality” social activity that combines VR technology, physical stages and multi-sensory effects including touch and smell.

This will be the first Midwest location for the VOID, which has a presence on the coasts as well as in Dubai and Toronto. The VOID will follow two other VR attractions that are opening soon at MOA: Matrix Technology, a 5D ride experience said to deliver 1G force while bringing passengers “eye-to-eye” with prehistoric reptiles. And XD Ride, which promises the thrill of a roller coaster and the interactive simulation of a video game.

Of course, you can already ride a virtual roller coaster at MOA’s Smaaash, the interactive arcade on the fourth floor, which is the first-of-its-kind in the U.S. Meanwhile, FlyOver America offers a flight simulation ride that takes guests on a cross-country aerial tour.

Each VR attraction has its own angle, mall management says. The VOID will change themes, opening with Star Wars: Secrets of the Empire, which takes visitors inside the Star Wars universe and requires them to work together to infiltrate an Imperial base with help from Star Wars characters.

Beyond protecting the empire, the mall’s big goal here is finding ways to bring people together around technology. No one needs to go to a mall to buy clothes anymore, so what’s the new proposition? For most regional malls, it’s modest advances like free Wi-Fi and charging stations. Mall of America has staked its reputation on thinking big. Like, becoming the Disney World of malls.

“We are not in the mall business, we’re in the entertainment/ leisure business,”  Don Ghermezian, CEO of MOA owner Triple Five, told me last year in an interview for Mpls.St.Paul magazine.

The amusement park in the middle of the mall is a reminder that the Ghermezians were thinking about merging entertainment and retail from the start—long before consumers were able to put on a headset and step into alternate universes, or merely order jeans and t-shirts from a phone.

Ghermezian’s goal for MOA is a 50/50 mix of entertainment and retail. That means replacing bankrupt retailers with splashy, first-to-market dining and entertainment, like celebrity-driven food concepts such as Wahlburgers and Carlo’s Bakery as well as the new CMX Market Cinema, the Twin Cities’ first movie theater with a food hall.

Family attractions like Crayola Experience not only take up more space than the average clothing store, they also sell memberships, which encourages repeat visits. Tickets for the VOID will cost about $32 per person. Will visitors feel compelled to repeat their journey?

“Successful, unique attractions such as FlyOver America and Smaaash have been welcome additions to Mall of America and have been warmly embraced by visitors – both local and tourists,” says Dan Jasper, MOA vice president of communications. For comparison, FlyOver tickets cost $18.95 for adults ($14.95 for kids 12 and under) and the experience lasts about 15 minutes. An unlimited game pass to Smaaash is $60.

“Advancements in retail and entertainment technology are driven by consumer demand and expectations,” Jasper says. “Tastes – and technologies – change over time. That’s why we are excited to welcome the VOID to Mall of America. As a leader in the virtual reality world of entertainment, the VOID will offer yet another new world-class experience to our more than 40 million annual visitors.”

The challenge for all of these tech-driven attractions will be keeping up with the next new thing. No one wants to become the Wii of mall VR.

Perhaps they could learn a thing or two from Amazing Mirror Maze—the original multi-dimensional MOA experience, which has outlasted many an attraction through the years. No high-tech special effects; just glass and lights. Wander around the maze as long as you like. At just $8.95 per person, it’s the best deal at the mall.