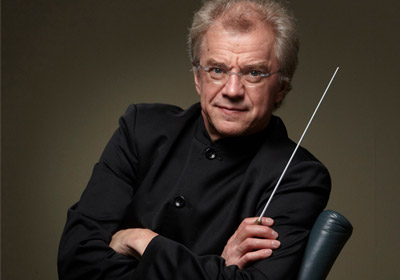 Osmo Vänskä, who led the Minnesota Orchestra for the last decade, resigned after planned Carnegie Hall concerts were canceled.
By TCB Staff
October 11, 2013

Osmo VÃ¤nskÃ¤ on Tuesday resigned from his role as music director of the Minnesota Orchestra, making true on a promise that he would leave the organization if its ongoing contract dispute led to the cancelation of planned November performances at Carnegie Hall.

VÃ¤nskÃ¤, who has led the orchestra for more than a decade, submitted his resignation on the one-year anniversary of when orchestra management locked out its musicians. The two sides have since been at an impasse regarding labor contracts for players, as the organization attempts to reduce its budget deficit.

VÃ¤nskÃ¤’s departure comes as little surprise: VÃ¤nskÃ¤ wrote in an April letter that he would resign if the orchestra’s planned November concerts at Carnegie Hall were canceled as a result of the lockout.

A statement issued on behalf of the musicians said they are “deeply saddened” by VÃ¤nskÃ¤’s resignation.

“We enjoyed a truly rare chemistry with him and are deeply grateful to Osmo for imparting his passionate vision, exacting discipline, and the resulting confidence that came from being at the top of our game,” the musicians added.

Orchestra Board Chair Jon Campbell, meanwhile, said in a statement that his organization is “very sorry” to see VÃ¤nskÃ¤ resign, “as it has always been our hope that he would see the Minnesota Orchestra through this challenging period.”

Campbell said additional funds raised from foundations allowed the board to present a contract proposal that “represented our very best efforts to save the Carnegie concerts and Maestro VÃ¤nskÃ¤’s tenure,” adding that the board “has done everything in its power to reach a compromise with musicians by September 30,” the deadline by which VÃ¤nskÃ¤ said a resolution must be reached in order to provide musicians time to rehearse for the previously planned performances.

VÃ¤nskÃ¤ “will hold a distinguished legacy in the history of the Minnesota Orchestra,” Campbell added.

That future, however, remains unclear. Orchestra management announced the cancelation of the Carnegie Hall concerts on Monday, after musicians rejected management’s fourth proposal. Musicians responded with two new offers of their own, which were both shot down by orchestra management. (Read more about the back-and-forth offers in the Star Tribune here.)

When announcing the cancelation of the Carnegie Hall performances on Monday, Board Negotiating Chair Richard Davis had said that management “very much hope Osmo VÃ¤nskÃ¤ will choose to remain with the Minnesota Orchestra and fulfill his contract,” which runs through September 2015.