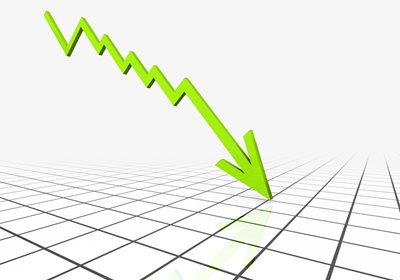 After missing third-quarter expectations, Valspar now expects to earn between $3.45 and $3.55 per share for the full fiscal year.
August 23, 2013

Valspar Corporation on Tuesday reported increased third-quarter earnings and revenue, although the results fell short of Wall Street predictions, and shares of the company’s stock slid on the news.

Valspar—a Minneapolis-based paints and coatings manufacturer and one of Minnesota’s 20 largest public companies—also announced that it has lowered its full-year earnings outlook in light of its third-quarter performance.

The company reported earnings of $93.8 million, or $1.04 per diluted share, for the quarter that ended July 26, up about 8.6 percent from the same period a year ago.

Excluding one-time items, adjusted earnings totaled $96 million, or $1.07 per share, the company said. Profits fell short of the $1.09 per share that analysts polled by Thomson Reuters were expecting.

Valspar saw a 3 percent increase in sales in its paints segment, but adjusted earnings in that segment dipped 0.5 percent due to “increased investments in long-term growth initiatives,” the company said.

Valspar reported third-quarter revenue of $1.09 billion, up about 1 percent from the same period a year ago—but short of the $1.13 billion that analysts were expecting.

“We continue to drive strong volume growth from our new business initiatives in the consumer paint, packaging, and wood product lines,” Chairman and CEO Gary Hendrickson said in a statement. “However, sales and earnings finished slightly below our expectations for the quarter due to continued macro-economic headwinds in key general industrial market segments and certain international regions.”

Based on Valspar’s third-quarter performance and “the anticipated impact” of continued economic headwinds, it has lowered its full-year earnings outlook, Hendrickson said. The company previously expected between $3.60 and $3.80 per share; it’s now predicting between $3.45 and $3.55.

“We continue to expect improved sales and earnings growth in the fourth quarter, but not at the level we had anticipated earlier in the year,” Hendrickson said.

Following Valspar's Tuesday announcement regarding its third-quarter results and lowered full-year forecast, shares of the company's stock were trading down more than 8 percent at $64.98 late Tuesday morning.

Last fall, the company announced plans for a $30 million expansion in downtown Minneapolis, a move that is expected to create about 135 new jobs.