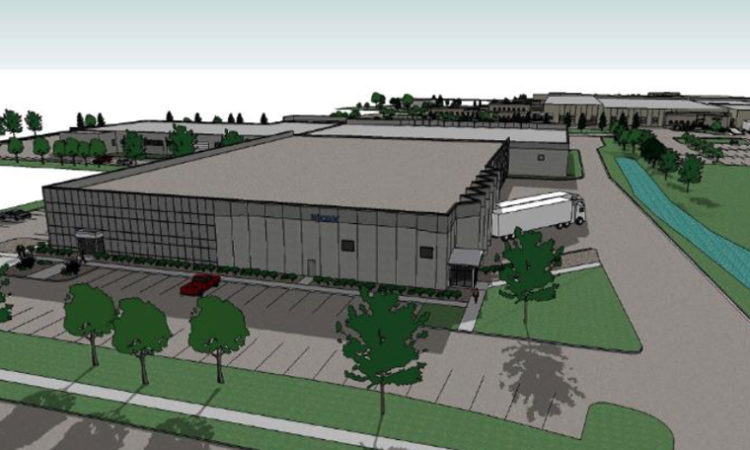 A rendering of the new manufacturing facility, which will add production and packaging space to support Uponor's piping business.

The Finnish company will have spent more than $35 million in the last two years on expansions of its U.S. headquarters.
May 08, 2017

After spending $18 million last year to expand its U.S. headquarters in Apple Valley, Uponor said it plans to add another 58,000 square feet to the same facility.

Construction on the company’s latest project, which costs an estimated $17.4 million, is slated for a late spring start. Once completed, the plumbing, heating and cooling products manufacturer’s Minnesota presence will grow to 738,000 square feet. Uponor also has a distribution center and resin-receiving facility in Lakeville.

“These are exciting times at Uponor and the building industry as we continue to experience significant growth in both commercial and residential construction,” Bill Gray, president of Uponor North America, said in a statement.

“The company created more than 100 new jobs last year in the Twin Cities and anticipate adding a significant number of jobs as a result of the manufacturing expansion,” Uponor said in a release.

Completion of the project is slated for January of next year.

“Apple Valley’s latest expansion with its automated packaging technology will become operational as Uponor celebrates its 100th anniversary in 2018,” Uponor CEO Jyri Luomakoski said in a statement. “We always remind ourselves that we constantly need to introduce new solutions, new ways of working and new ways to view the world to better serve our loyal customers. Our North American region has consistently performed well in this area — and the outlook remains solid.”