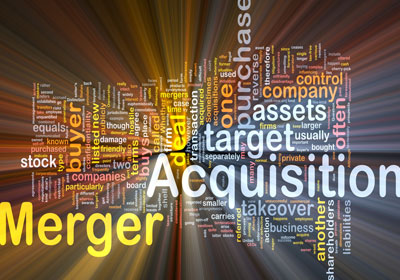 UHG to Expand in Brazil with $4.9B Acquisition

Minnetonka-based UnitedHealth Group has agreed to acquire a majority stake in a Brazil-based health care company that operates roughly 70 hospitals and clinics and whose insurance covers more than 5 million people.
October 18, 2012

UnitedHealth will pay approximately $4.9 billion in cash for the majority stake. In connection with the purchase, the Minnetonka-based insurer will receive about $600 million in tax benefits from the Brazilian government.

Amil provides health and dental benefits to more than 5 million people in Brazil, and most of its business is concentrated in the country's two largest cities, Sao Paulo and Rio de Janeiro. The company's insurance covers health care services at 3,300 hospitals and 55,000 clinics—including approximately 22 hospitals and nearly 50 clinics that the company owns and operates—and its network includes about 44,000 doctors.

Amil reported 2011 revenue of roughly $4.4 billion. UnitedHealth said that its 2012 revenue is projected to be “in the range of $5 billion,” which would represent an increase of about 15 percent over 2011.

UnitedHealth spokesman Don Nathan told the Associated Press (AP) that while the local health care giant operates in about 70 countries, and its services include expatriate coverage for people living outside their home countries, it has a “very small” presence in Brazil, where demand for private health care coverage is rising rapidly.

UnitedHealth pointed out that the number of people in Brazil who are covered by private health benefits plans rose from 35 million people in 2005 to nearly 48 million in 2011, but such plans still cover only about 25 percent of the population. That’s compared to about 80 percent of the U.S. population that is already covered by private health plans, the company said.

“Combining Amil, the clear market leader serving an under-penetrated market of nearly 200 million people, with UnitedHealth Group’s experiences and capabilities developed over the last three decades, is the most compelling growth and value creation opportunity we have seen in years,” UnitedHealth Group President and CEO Stephen Hemsley said in a statement.

UnitedHealth will complete the acquisition in a two-step process: Upon receiving regulatory approval from Brazilian authorities, which the company expects to occur in the fourth quarter of 2012, it will purchase approximately 60 percent of Amil’s outstanding shares from controlling shareholders and management. Then, in the first half of 2013, it will make a tender offer to purchase approximately 30 percent from public shareholders.

After the deal closes, Amil’s founder, Edson Bueno, will continue to lead the company as chairman and CEO and will join UnitedHealth’s board of directors. Bueno, and his partner, Dulce Pugliese, currently control approximately 70 percent of the shares and will retain the remaining 10 percent that is not part of the deal for at least five years, UnitedHealth said. Bueno has also committed to investing approximately $470 million in UnitedHealth shares and holding those shares for the same five-year term. After the end of the five-year period, UnitedHealth will have the option to buy the remaining 10 percent, according to the AP.

Following the announcement about the acquisition, shares of UnitedHealth’s stock rose about 0.82 percent and were trading at $57.60 late Monday afternoon.

UnitedHealth Group is Minnesota’s largest public company based on revenue, which totaled $101.9 billion in 2011. It provides health care coverage and benefits services through the UnitedHealthcare platform. The company, which employed 99,000 as of the end of last year, has been on a hiring spree recently, having announced in recent months plans to hire roughly 2,300 across the United States.