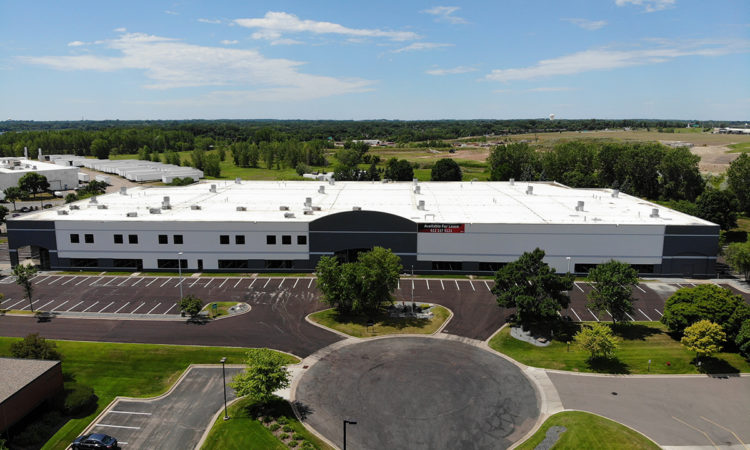 Speculative development has stopped amid pandemic.
By Burl Gilyard
August 06, 2020

The Covid-19 has been disastrous for retail real estate and brought clouds of uncertainty to the office market. But the industrial property sector remains largely healthy.

Nationally, the pandemic has caused a spike in e-commerce sales which in turn has driven demand for more warehouse and distribution space. That’s a factor here, but the local market also benefits from a more diverse economy.

“Specifically, in Minneapolis we do have some large e-commerce-driven transactions. Amazon has certainly been active in the market,” said Dan Larew, a vice president with the local office of JLL. “A nice factor for the Twin Cities which underpins our demand is our manufacturing and life sciences divisions which have continued to be quite strong throughout this slowdown.”

JLL’s report noted that the Minneapolis-St. Paul market had seen “steady expansion for nearly a decade” prior to 2020. For the first half of the year, the local industrial market saw negative absorption of 87,596 square feet. “Absorption” measures the change in occupied space.

The drop in absorption was largely driven by Minneapolis-based retailer Target Corp., which vacated 560,000 square feet of space in the southwestern suburbs. Target is expected to relocate those operations to a building it has acquired in the Midway area of St. Paul. Market studies track multi-tenant properties, not facilities occupied by property owners, so the move translates to a loss for the market.

Speculative (“spec”) industrial development – building a project with no signed leases in hand – has ground to a halt amid the pandemic pause.

“We definitely have not seen anybody break ground since the shutdown began,” said Larew. “With construction slowing down a bit that likely will help stabilize things here over the next 9 to 12 months.”

Carolyn Bates, research director for the local JLL office, said that approximately 500,000 square feet of spec development planned for the first half of 2020 is currently on hold.

Larew noted that drawing parallels between the current economy and the Great Recession is not an apples-to-apples comparison.

“When the recession hit back in 2008 our [industrial] vacancy rate in the Twin Cities was close to double digits,” said Larew. “I think people need to realize that we are in a different spot than we were back then.”

In another contrast to the Great Recession, there are several big deals looming.

JLL’s report indicates that at least six companies are looking for new facilities with more than 250,000 square feet of space. That will drive new build-to-suit projects in the market.

“That’s a combination of e-commerce and manufacturing companies,” said Larew.

JLL’s overview of the local market concludes with a promising forecast: “Industrial properties will continue to see user demand through the remainder of the year, particularly among life sciences firms. The Twin Cities’ strengths in medical device and pharmaceutical manufacturing promise continued market activity as the search for Covid-19 treatments continues.”