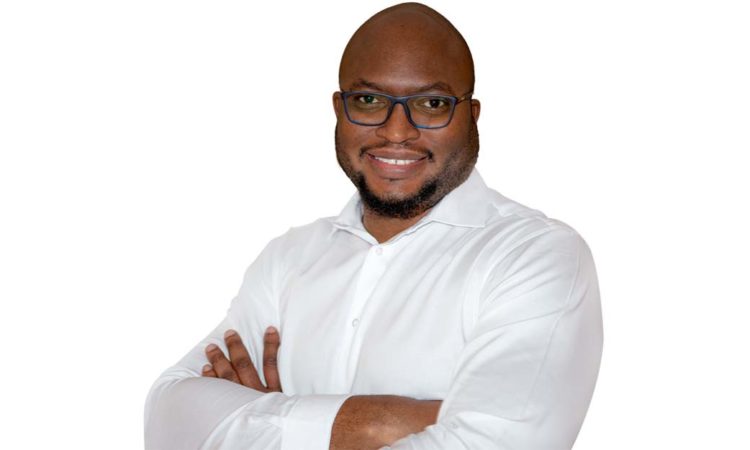 Six Minneapolis-based artists are among the initial group of traditional artists minting their work on the Fimi NFT Marketplace.
By Winter Keefer
June 16, 2022

NFT and cryptocurrency evangelists have repeatedly touted the new technologies as a more inclusive, democratic approach to finance. As with any new buzzy technological offering, it remains to be seen whether that will hold true, but a group of Minneapolis-based artists is willing to take the plunge.

On Tuesday, six Minneapolis-based women artists and artists of color were among the initial group of traditional artists minting their work on a newly launched NFT (aka non-fungible token) marketplace known as Fimi NFT Marketplace. The marketplace formally launched on Tuesday.

It’s worth noting, of course, that cryptocurrency values continue to drop, and many collectors and artists already in the market recently lost a sizable percentage of value in their NFT art investments. This has led to fewer and more cautious buyers.

But to Kelly Groehler, CEO of Alice Riot, a Twin Cities-based art marketing and Web3 integration agency, this is a moment of opportunity. Groehler, in partnership with Fimi CEO Miguel Adwin is looking to use this time to introduce the next wave of artists to NFT marketplaces, this time with representation and equity, particularly for artists of color and women who have been underrepresented in the space.

Six Twin Cities artists have signed on to put their work on the Fimi: Ron Brown, Sean Garrison Phillips, Kate Iverson, Caitlin Karolczak, The Sounds of Blackness, and Precious Wallace.

In addition to the marketplace launch, Fimi Market and Alice Riot are co-hosting an art gallery exhibit on June 20 in New York City. The gallery is an official satellite event of the week’s NFT.NYC. Groehler sees the exhibit as a Juneteenth celebration focused on BIPOC artists working in both the traditional and virtual art worlds.

This is a pivotal moment to think beyond NFTs to the broader Web3 promise of accessibility and equity, Groehler said, noting Fimi is a technology company and doesn’t just work in NFTs. The art gallery is a prime example of this, she noted.

“When you get to the event, you walk in and find a traditional art gallery,” Groehler said. “What we’re doing is creating museum-quality prints of the NFTs and that is what you’re going to see on the walls.” Attached to each print will be a QR code for attendees to link to the NFT.

Adwin, who is from Jamaica, said Fimi means “for me” in his country. This word holds significance, the CEO said.

“The concept around Fimi is to try to help artists, their families, their careers, to make sure that in this space that exists, they get a piece of that pie,” he said. “We can hearken back to the age of the internet. When the internet age came about, a lot of people missed out.”

Artists on the platform do not need to put down any money or cryptocurrency, Adwin said. Through Fimi, the buyer of a piece of art can pay for the cost of minting rather than the artist.

When discussing entry into the Fimi NFT Marketplace, Precious Wallace (aka King P of King P Studios) referenced the book Who Moved My Cheese by Spencer Johnson. “The book is about who chooses to move with the cheese and who chooses to stay in place waiting for opportunity,” she said.

“I’d rather diversify than hope for the best,” she noted.

The 29-year-old has been in the creative space since she was 15, working as a professional artist since age 21. Groehler helped license a print of Wallace’s named “Love Is Inclusive” in 2021 and later looped her into the Fimi partnership. When Adwin offered the Fimi marketplace as an additional platform for her art, Wallace saw opportunity.

“I’ve got some pieces that just kind of sit both at my home and on my computer so I thought, let’s just try it,” Wallace said. “It’s no-fail for me. It’s my art and it’s okay as long as it has a home someplace.”

Wallace had a concept of NFTs from TikTok. To her, it’s not about being a part of a trend. She just wants to make her art and use any platform available to show it to the world.

Contrary the money-driven mentality around the blockchain, NFTs, and cryptocurrency, Wallace and many other Black women and young women artists aren’t in it for the money. The mindset is rather to make art and be protective of it.

“Watching Fimi come to fruition, I’m all for it. I’m all for a market that’s representative of people,” she said. “To actually see it go public in any shape or form, I think that’s pretty dope.”

“In terms of the international scope of NFTs and the metaverse, it ties well into Sounds of Blackness’ perspectives and purview as artists in our message. It’s hopefully a hand and glove situation,” said Gary Hines of Sounds of Blackness.

Scott Herold, Founder, and CEO of nonprofit record label Rock the Cause, introduce the band to this next venture in the NFT space.

Licensing is a significant application of the metaverse, Herold said. For example, if someone buys the Sounds of Blackness CD or the Juneteenth Celebration single on vinyl, or on a more traditional physical medium, that person can turn around six months later and sell that physical copy to someone else. Sounds of Blackness would see no income from that transaction.

“What’s really important about the blockchain is that it allows us to set up what we call a smart contract that allows for the artist or the original content copyright holder to get paid a percentage in cryptocurrency every time that NFT is sold to another NFT collector,” Herold said. “With this NFT universe, it also helps us to create a new way of monetization but also a new way of sharing the work in a way that also protects the copyrights of the artist.”

Ron Brown – an artist whose primary work focuses on afro futurism though he also dabbles in comics, music, and fashion – reserves a level of skepticism around the NFT space, despite being among those entering the new marketplace.

These were concerns Brown said he voiced to Groehler, as the two friends discussed the future of the NFT space. He said she assured him those were the reasons he should work with Fimi.

It was also encouraging that he didn’t need to put any money down to post work, he noted.

Until recently he didn’t know much about NFTs.

Brown tried OpenSea, a large-scale NFT marketplace, but said he felt like “a speck in the ocean” on the platform.

“With Fimi, they’re actually showcasing and promoting artists, so that seemed like a more lucrative and productive thing to do,” Brown said.

Sean Garrison Phillips has been a traditional artist for around 11 years. He creates abstract paintings with a purpose. Recently, he’s created three of these painting experiences. One centered around George Floyd, one was for Daunte Wright’s parents, and another addressed violence in North Minneapolis.

“When I first heard about NFTs, what made it alluring for me was that artists could get a royalty on their artwork in that world whereas traditional artwork, I sell a painting, I sell a canvas, I get what the primary buyer purchases it for but they turn around and sell it for say 20 times the amount, I don’t see any of that,” Phillips said.

As a kid growing up in Detroit, Phillips – who now lives in Minneapolis – was a sports card collector. From this experience, he also sees NFTs as an investment.

Growing up, Phillips said he was always told “If you’re not first, you’re last.”

“The beauty of Fimi is it opens the doors for everybody,” he said.