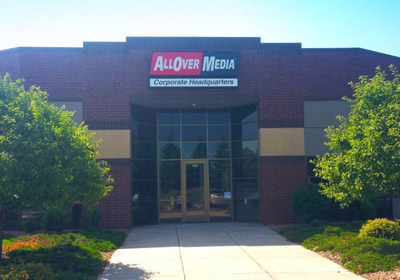 A Plymouth-based firm that specializes in “out-of-home” advertising said Tuesday that it has made another acquisition—marking the latest step in its ongoing growth.

AllOver Media, Inc., which was founded in 2002, places advertising signage for its clients at gas stations, convenience stores, and on trucks, among other places. For example, it puts ads on top of gas pumps, on the sides of semis, and above urinals. While many ads are placed outdoors, the company says its indoor advertising network includes nearly 600 upscale restaurants, bars, and health clubs.

AllOver Media said Tuesday that it acquired Trans Media Group (TMG), the parent company of AJ Indoor and TMG Alternative Out-of-Home Media, which offer out-of-home media advertising throughout the Twin Cities. Financial terms of the deal were not disclosed.

The companies involved in the transaction are no strangers; in fact, AllOver Media CEO Tony Jacobson co-founded AJ Indoor in 1987 with longtime business partner Jim Arabanos, the former CEO of TMG who died in November. The two men grew up together on Minnesota’s Iron Range.

Jacobson described TMG as a “perfect complement to our Twin Cities product portfolio,” adding that AllOver Media’s “expanded footprint in the Twin Cities will provide significant growth opportunities and a perfect foundation for us to continue to provide innovative media products for our clients.”

TMG has about 15 workers, and AllOver Media is “still evaluating” how the acquisition will impact that employee base, according to a company spokesman.

AllOver Media has made several other acquisitions in recent years, as well. In fact, the TMG deal marks AllOver Media’s sixth acquisition in roughly three years, according to a company spokesman.

The company also recently moved its corporate headquarters to a new 30,000 square foot location that, in addition to its offices, houses a full-service print shop.