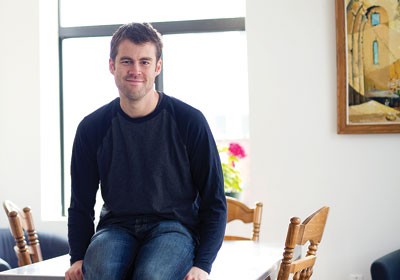 Zencoder makes it easier to watch TV on your computer.
By TCB Staff
January 11, 2011

VHS or Beta? If only the Web video world’s format war were that simple. Instead, every video-recording device, whether it’s an iPhone, a Flip camera, or a home-video point-and-shoot recorder, has its own format. Even the most widely used video compression- decompression programs (“codecs” in industry-speak) have obscure names like H.264, VP8, and Theora.

Few consumers recognize those names. The Web sites where they watch video typically take care of the conversions so that clips can be viewed on the most common browsers and mobile devices. But for Web video publishers, from YouTube to a company Web site, conversion can be a slow, labor-intensive hassle.

Zencoder is among a small handful of online services going after the fast-growing market for video “transcoding.” As the amount of Web video consumed—and the variety of devices it’s being viewed on—surges, so too is the demand for format conversions.

The company started a few years ago as a sideline for Minneapolis software developer Jon Dahl and a colleague in Madison, Wisconsin, whom he’d gotten to know while working on Web video projects. Frustrated with the lack of tools available, they started writing their own transcoding applications.

In January 2010, Zencoder was accepted into Y Combinator, a Silicon Valley start-up incubator. Dahl and cofounders Brandon Arbini and Steve Heffernan moved out to the San Francisco Bay area last winter for three months of learning and networking, followed by a month of fundraising.

Zencoder officially launched in April. In its first six months, the company has processed more than 500,000 videos, charging between 2 and 5 cents per minute depending on volume. Customers range from start-ups to Fortune 500s and include the blogging platform Posterous.

“I genuinely think they are a model start-up,” says software entrepreneur Dan Grigsby, whose latest firm is Drivetrain, a Minneapolis developer of mobile and social network applications. Instead of taking their idea to investors, Zencoder’s founders bootstrapped the operation while developing the product and attracting paying customers. That made the financing step a little less difficult, Grigsby believes.