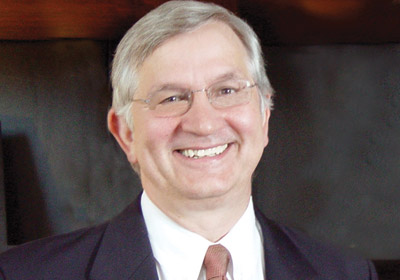 TPT Evolves to Be a Broader Media Company

TPT tunes into the evolution in media with a $30 million fundraising campaign.
February 01, 2013

Can you spot what’s missing from Twin Cities Public Television’s mission statement, which TPT adopted roughly two years ago? “Enrich lives and strengthen our community through the power of media.”

“For the first time in our almost 60-year history, the word ‘television’ doesn’t appear in our mission statement,” TPT President and CEO Jim Pagliarini notes. Though the travails of newspapers and magazines in the digital age have earned the most press, public television also is feeling the stress of evolving media. The station has popular shows like the PBS-coproduced period drama Downton Abbey and highly regarded local productions such as Almanac, its evening news and discussion program, but the station’s core audience is aging, while younger potential viewers are more likely to flip open a laptop than press a remote’s power button. To fulfill its community-building mission, Pagliarini says, TPT must evolve from just a TV station to a broader media company.

That’s why the station began a $30 million campaign, the largest in the station’s history. Outside of pledge drives, “We don’t often go to the community for a campaign,” notes Pagliarini, who became TPT’s president in 1997. TPT’s last such campaign occurred in the early 1990s, a $15 million effort that enabled the station to launch its now-defunct NewsNight Minnesota program. Pagliarini cites several forces driving the creation of the current campaign,

He notes that audience expectations are changing about how they “consume” the video content that TPT produces. Pagliarini has seen the penetration of broadband and other platforms to deliver video accelerate in the past year. “More people use Xbox to watch video than play games.” In order to develop new media capabilities, TPT needs to find the talent to drive it.

But the station doesn’t have “headroom” to invest in new ideas and new talent, Pagliarini says: “We couldn’t do it just out of our operating revenue.” TPT’s annual budget ranged between $25 million and $30 million in the past few years; it has an operating budget of $28 million for its current fiscal year, ending August 31.

The campaign, then, will raise money for a new fund to finance TPT’s “beyond television” initiatives and build its endowment, which was just less than $13 million at the end of TPT’s last fiscal year. “For an organization our size, we are underendowed,” Pagliarini says. TPT has a base of 80,000 to 90,000 members, who are “very loyal.” Many of those members are now at the point of deciding how to make legacy gifts; the campaign can serve as a vehicle for those who wish to make a planned gift or bequest. The campaign will also help TPT develop new ways of fundraising, over the Internet in particular.

An initiative created through the campaign is a fund that includes: 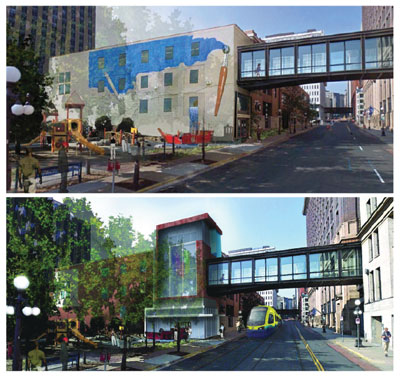 TPT plans to use some of the money from its capital campaign to transform its headquarters in St. Paul’s Lowertown (top) into a more welcoming venue for concerts and community events (bottom).TPT also would use some of the campaign money to renovate its facility in Lowertown St. Paul. Like other structures in the Capitol City’s core, TPT’s 25-year-old building has very little street presence—its skyway-level entrance is low-key almost to the point of furtiveness. But as Pagliarini notes, “Lowertown is going through a major revitalization.” New restaurants have opened around nearby Mears Park, and new apartment and loft developments have been constructed or are being contemplated. TPT hopes to play a role in this renewal by reconfiguring the entrance area not only to be more welcoming, but also to serve as a venue for lunchtime concerts and other public events. The building, in a sense, becomes a part of the TPT community brand.TPT isn’t alone in its online endeavors. Mark Erstling, senior vice president for system development and media strategy with the Corporation for Public Broadcasting in Washington, D.C., says that many other public broadcasting entities have incorporated digital content into their offerings. Erstling describes online as an “additive” to broadcast, rather than replacing it per se.

“A, people want content accessible to them at a time and place convenient to them,” he says. “And B, they want to be able to have a different experience with that content. You may produce a documentary that’s 58 minutes long and put it on your television station; you may have 50 hours of interviews and content that people would really enjoy looking at and exploring on their own that you could make available online.”

There’s also the social media aspect. Viewers can use digital connections to comment or converse on a program—“engaging in a civic dialogue about what they’ve just seen,” Erstling says. TPT is “really a leader in this space,” he adds. “It’s really one of the organizations we look to” for forward thinking in the evolution of public media.

Erstling also notes a challenge public broadcasters are having to face: spreading resources across more than one medium. TPT’s response, of course, is its capital campaign, whose co-chairs are General Mills CEO and Chairman Ken Powell and retired Best Buy CEO Brad Anderson. One could look at TPT’s business model as evolving from a monoculture to a kind of ecosystem, where various elements (television, online, its building) are interwoven to fulfill its mission. The campaign, Pagliarini says, will help TPT engage with the community in new ways, and expand it. He adds that TPT doesn’t view online media as a threat, but as “this incredible opportunity.” Digital technology gives TPT “new tools in our toolbox to serve the community.”