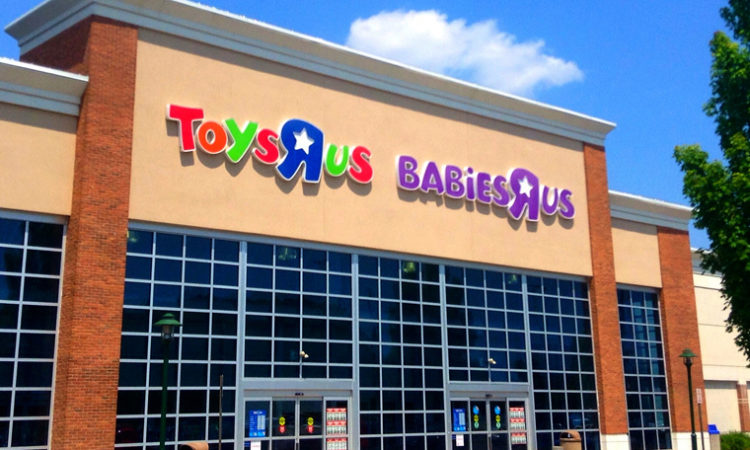 Four of the locations set to close are in Minnesota.
By Amanda Ostuni
March 15, 2018

Toys “R” Us’ exit in America is officially underway as the company announced Thursday that it would seek legal permission to wind down operations and liquidate all inventory across the country’s 735 stores. The move comes just six months after New Jersey-based Toys “R” Us filed for bankruptcy.

The dismantling will impact 33,000 jobs and ultimately leaves toymakers devoid of a major sales outlet, as noted by the Wall Street Journal. The big-box retailer currently operates four stores in Minnesota.

In the 70 years since the store was first introduced by founder Charles Lazarus, it has been the go-to spot for children’s toys for any occasion, where one could get anything from Barbies to Nerf guns, Legos, paint sets, Big Wheels, and more – made by industry giants Mattel and Hasbro, among other manufacturers.

Tom Murdough, founder and CEO of Simplay3 Co., which makes plastic play sets and ridable vehicles, told the Wall Street Journal that in five decades of selling toys, he hasn’t known a day without Toys “R” Us. He added that Simplay3 gets between 20 percent and 30 percent of its sales through Toys “R” Us.

“This industry has been devastated,” said Murdough. “This is a major, major hit to the industry.”

In a call with employees Wednesday, Toys “R” Us chief executive David Brandon explained the decision to close up shop stems from a “devastating” holiday season that initially resulted in plans to close more stores and drop its baby products line altogether.

“I am very disappointed with the result… This is a profoundly sad day for us as well as the millions of kids and families who we have served,” said Brandon.

“There are many people and organizations who have remained in our corner every step along the way,” he said. “I want to thank our extraordinary team members who helped build Toys“R”Us into a global brand.”

The company and its advisors are working to minimize the impact of the U.S. liquidation on the Canadian and other international markets. As part of these efforts, the company is implementing a transition services arrangement for the next 60 days and is developing plans for a potential shared service function to support the international operations going forward.