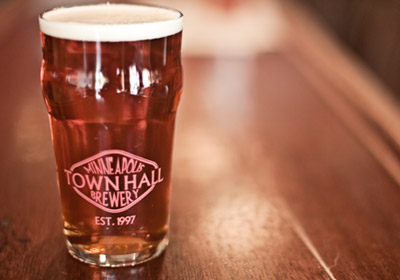 Town Hall Brewery, which has grown in recent years through the addition of two satellite locations, is now investing roughly $600,000 to renovate its flagship brewpub.
December 15, 2013

Amid a flurry of expansions at commercial breweries in the Twin Cities, a Minneapolis brewpub is also growing and giving itself a facelift.

Minneapolis Town Hall Brewery, which opened in 1997, will soon close the doors of its flagship brewpub in the Seven Corners neighborhood in order to embark on a “major renovation” that includes a brewery expansion, renovated bathrooms, new floors and ceilings, and an updated layout.

Town Hall will close its Seven Corners location on January 1 as it completes the renovation, which it hopes to finish within about a month, founder Pete Rifakes told Twin Cities Business. The upgrade is expected to cost about $600,000.

A wall separates Town Hall’s brewery space and its restaurant, and the brewery currently extends about three-quarters of the width of building. The renovation will expand the brewery to extend the full width of the building, from Washington Avenue to the back of the facility. Too, the separating wall will be moved about two feet into the restaurant in order to expand the brewery space. That will result in a small reduction in restaurant seating, Rifakes said, but it will make room for significantly more beer.

Town Hall plans to add three 20-barrel fermenters and one 20-barrel holding tank, which will help it grow its annual production from about 2,400 barrels to a capacity of roughly 3,500, Rifakes said.

Minnesota law defines Town Hall as a “brewpub,” meaning it may sell its beer at its own restaurants, but it is prohibited from selling to retailers, and it cannot produce more than 3,500 barrels annually, per location.

The company has opened two satellite locations—Town Hall Tap in 2010 and Town Hall Lanes this past summer—but all beer that is sold at each location is produced at the Seven Corners brewpub.

Rifakes said that opening another satellite location might add an output of roughly 800 barrels, which its existing brewery could support following the upcoming expansion. Town Hall is open to the idea of adding another restaurant, but “the right opportunity hasn’t presented itself,” Rifakes said.

But because the expansion will bring Town Hall to the 3,500-barrel cap, further growth would require opening a new brewery. (Brewpubs can make up to 3,500 barrels per location.)

“I think, ultimately, that’s how we’d have to grow,” said Rifakes, who added that there are “back burner plans” to add another brewery sometime down the road, but nothing in the near-term. “If the right opportunity came along, we’d do that,” he said.

While much attention has been given to the so-called “Surly Bill,” which introduced “taprooms” to the state, the change to Minnesota liquor laws has not benefitted brewpubs like Town Hall. The Surly Bill allows commercial breweries to sell pints at on-site “taprooms,” but brewpubs are still prohibited from selling to retailers.

So, in effect, commercial breweries—think Summit Brewing Company or Surly Brewing Company—may now sell to bars and retailers while also operating their own on-site bars. They just can't sell liquor at on-site taprooms other than the beer they produce. Brewpubs, meanwhile, can serve other alcohol but can't sell their beer outside of their own locations.

Rifakes said that, while he supported the taproom law, he also hopes the state will change its laws to allow brewpubs to distribute through licensed wholesalers.

Surly, meanwhile, is finally moving forward on its plans for a $20 million “destination brewery.” Learn more about new Twin Cities breweries and other expansion plans here. 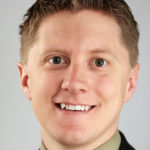