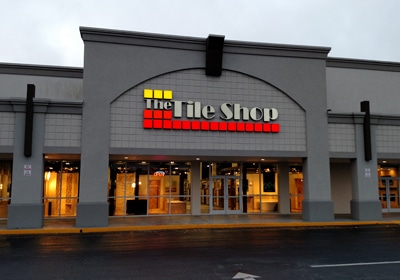 Same-store sales growth was strong (up 5.7 percent) for the quarter, although below last year’s result of a 9.7 percent increase.
November 04, 2016

The Tile Shop’s spree of positive quarterly results continued in the July to September period as the company’s sales rose 8.5 percent to $78.6 million.

Same-store sales, a key retail metric, played a significant role in the Plymouth-based retailer’s positive third quarter. Tile Shop stores that had been open a year or more recorded an average increase of 5.7 percent in sales. That amounted to $4.1 million, the company said, which is more than half of the $6.2 million year-over-year sales increase The Tile Shop reported on Tuesday.

Its earnings also rose from $3.8 million a year ago to $4.6 million—a nearly 18 percent increase.

“We are pleased to report another quarter with strong results and continued momentum for our business,” said Tile Shop CEO Chris Homeister in prepared remarks. “Our ability to deliver sustained progress across all of our key initiatives resulted in another quarter with outstanding sales performance and significant earnings growth, as well as an increase to our full-year outlook.”

The company, which sells natural stone tiles and related materials, is now expecting earnings per share of 45 cents to 47 cents.

The company also ramped up its pace of expansion as it expects to open 10 stores for the year compared to the seven it opened last year. Three of those openings came last quarter—one each in the St. Louis and Chicago areas, as well as its Maple Grove store relocation.

Shares of The Tile Shop rose slightly in premarket trading on Tuesday, but have since fallen about half a percent, or 10 cents, to $17.50.