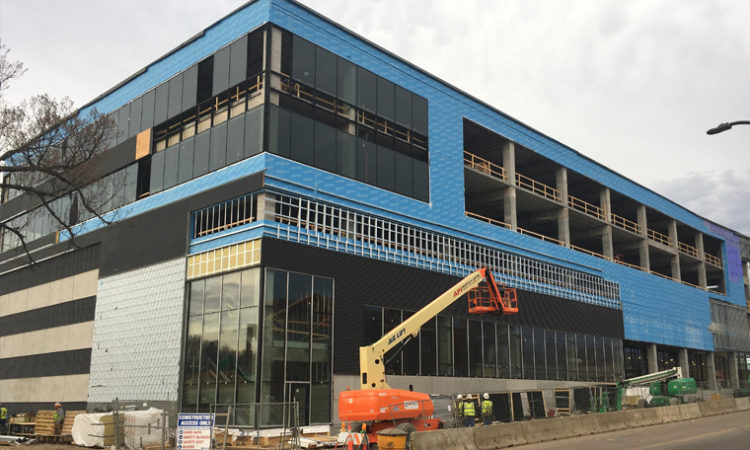 Thor's Regional Acceleration Center, shown roughly two months before it was expected to open in July 2018. (Photo from Thor Companies)

This time last year, Thor Construction was completing work on a new $36 million office building in North Minneapolis. Now, one of Minnesota's biggest names in real estate development is closing down operations. Founder Richard Copeland tells the Star Tribune the company won’t take on any new work, and current projects are being handed off to other firms.

It’s a steep fall for Minnesota’s largest minority owned construction company—and one of the largest nationwide. Thor worked on projects for large corporations including Target and Xcel Energy and achieved major accolades, including being named Minnesota Entrepreneurial Success of the Year by the U.S. Small Business Administration in 2013. What happened?

Details are still relatively limited, but the shutdown comes just a few months after news broke that Thor had fallen into financial troubles.

Some of the lawsuits were tied directly to the North Minneapolis office project, which is a 92,000-square-foot facility called the Regional Acceleration Center. The center, which was the largest private development in that part of the city in decades, has been occupied primarily by Thor’s headquarters and by the nonprofit Metropolitan Economic Development Association (MEDA).

The space was fully leased by May of 2018, ahead of a planned July opening. Other tenants that signed on include Hennepin County, Sammy’s Deli, the ME & I fitness center, and nonprofit agency Built Wealth MN. The project was financed in part through a partnership with Target. The retailer contributed capital in exchange for a master lease for the entire third floor, which houses Thor and MEDA.

The Regional Acceleration Center marked a goal Thor Construction goal that Copeland shared with TCB in 2016: to be a catalyst for economic development, investment, and growth in north Minneapolis.

“If we don’t step up and do something about it, we don’t think anybody else will,” says Copeland, who grew up in both north and south Minneapolis in the 1950s and ’60s. “Someone’s got to take this on, and it’s the private sector that’s going to make the difference. It’s got to be driven by economics.” 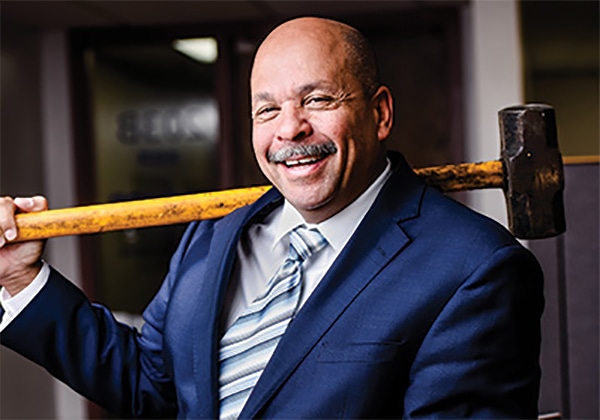 Thor CEO Ravi Norman left the company in January. But Copeland remained outwardly optimistic after reports of the lawsuits first surfaced. A restructuring was explored, in the hopes that that would be enough to turn things around.

Copeland even told the Strib just last week that it was close to a settlement with Sunrise,  despite the fact that the bank filed a second lawsuit earlier this month.

Others too, had been giving Thor the benefit of the doubt. MEDA CEO Gary Cunningham told the Strib in January that although he knew Thor had cash-flow problems, he didn’t think Thor’s demise was a foregone conclusion.

Erik Hansen, Minneapolis’ director of economic policy and development, applied the “benefit of the doubt” policy when city officials were informed by Thor of the company’s financial problems. Thor had been tapped by the city to work on the elaborate Upper Harbor Terminal project with United Properties Hansen says he figured things would work themselves out and accepted that the council would be updated in July.

Meanwhile, Mortenson Co. will take over Thor’s deals to remodel several Target stores throughout the country.