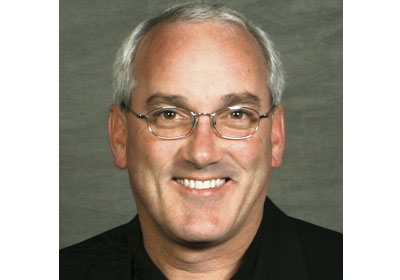 This Med-Tech Firm Is An Inspired Endeavor

Seven years is a long time to pitch a product. Tim Herbert, CEO of Inspire, knows this as well as anyone. He’s on his fifth round of series financing for his company’s product—but he sees the finish line in sight, with an expected FDA approval in early 2014. “It’s a never-ending process, to be sure, but that’s the job,” he says.

So far he’s racked up close to $60 million in capital for the company, which was spun out of Medtronic in 2007. Pending approvals, it will manufacture an implantable device designed to help patients manage sleep apnea. It works like a pacemaker and has one wire, a pressure sensor that detects breathing rhythm, and a second wire that stimulates a nerve under the tongue to move it out of the way if breathing stops. The device is seen as an alternative to using a CPAP machine.

Herbert has three things that work for his style of fund-raising.

“First, you have to really understand where you are in the process. Second, you have to understand the risks, and have mitigation plans for the risks. And the third is to have a strong, cost-efficient plan. If you have those things, you have a shot,” he says.

Herbert came to the C-suite not through a traditional management track but via 30 years in engineering for the defense industry. He didn’t do a lot of card-swapping and tree-shaking in those days. But he’s taken to the role. A big part of the joy for him is in forming a nimble team

. “In the old school, the first thing a startup would do is populate their organization with a bunch of high-level vice presidents. I don’t do that. Every single employee in the company has to wear multiple hats. By having that level of talent, the whole organization is much more flexible. That’s really important,” he says.

Flexibility is essential. Take clinical trials. In the medical device space, that’s the whole ballgame, and they’re far from a gimme. So while it’s nice to think optimistically, and speak optimistically to potential investors, that can be risky.

“What happens to a lot of companies is if they had to restart a clinical trial, they didn’t see that coming and they didn’t assess early enough, so they need a whole new round of funding, and if they don’t get it they go out of business,” he says.

Herbert has put Inspire in good shape. That doesn’t mean it’s been an easy seven years, though.

“It’s very hard rasiing financing. But everything you do is hard, right? If you don’t believe in what you’re doing, you’re not going to put your energy into, and when you’re making your pitch to a potential investor, they see that energy. You have to have that belief.”