The Pohlad Brothers Formally Honored as People of the Year

At a Dec. 8 event at the Four Seasons, TCB’s People of the Year Bill, Bob, and Jim Pohlad talked family, community, and the future of downtown Minneapolis.
By Winter Keefer & Dan Niepow
December 09, 2022 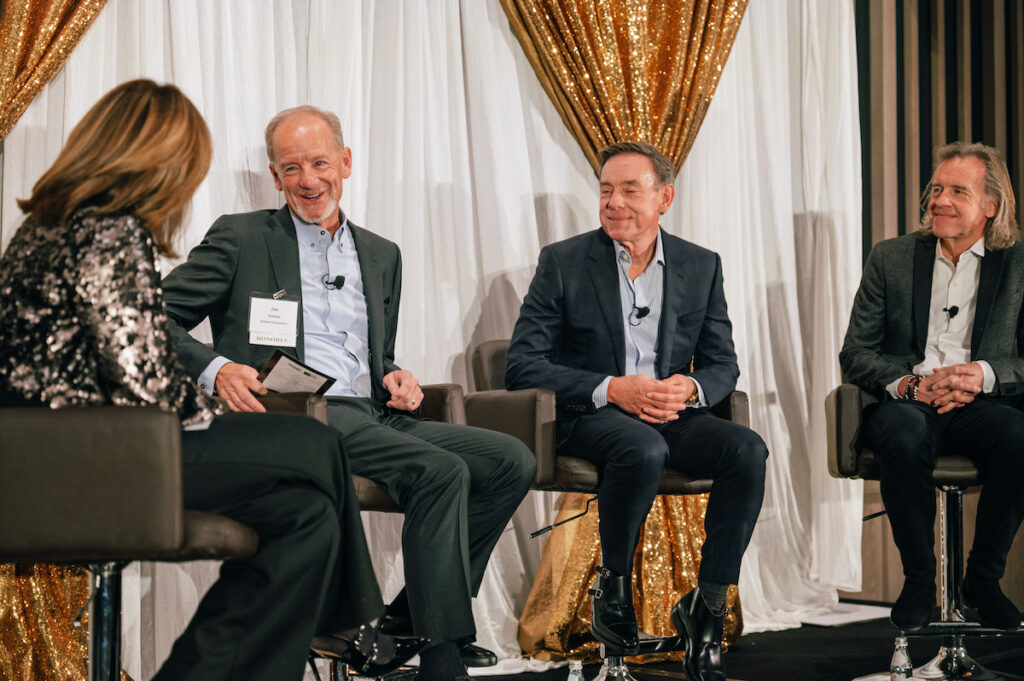 In many ways, the Pohlad family has shaped downtown Minneapolis. Their development company, United Properties, has built several big-name towers around here, including the recently completed Four Seasons hotel, the city’s first five-star hotel. Despite that, the three brothers leading the family’s holding company have maintained an air of deference and humility. Though they tend to keep a low profile, the brothers are some of the city’s biggest cheerleaders.

In a Dec. 8 question-and-answer session at the Four Seasons, Bob, Bill and Jim Pohlad shared their thoughts on family, community, and the future of downtown Minneapolis.

The brothers were recently recognized as TCB‘s 2022 People of the Year. The Dec. 8 event honored the three brothers, alongside the magazine’s annual TCB 100 roundup of innovators and newsmakers to watch in the new year.

“It’s not about personal gratification being here in this building,” Jim Pohlad told TCB editor-in-chief Allison Kaplan. “We want it to be about the city.”

But, as a room of 500 business and community leaders watched, Bob Pohlad made it clear that the city needs more than luxury projects like the Four Seasons. The Pohlads also work to tackle homelessness and promote racial justice through The Pohlad Foundation.

“The opportunity and the role that each of us can play, to help bring the city back to be everything that we all know it to be – which is why we live here – is really important and something we can all be a part of,” he said.

The key to business is often simply supporting the people around you, the brothers said. They remembered their late father, Carl, telling them to get along with family members and not to let anything come between brothers.

“It comes down to this focus on family, and not just our family, but creating an environment where our company or group of people that we work with, we treat them like family and they feel the same about us,” Bill said.

The brothers are part of the businesses’ second generation. But there are family members in the third and fourth generation ready to prove themselves, Jim said.

“I don’t know exactly what my parents did but whatever they did they did something really right because we all work together on a daily basis and it’s been 40 years,” he said. “We all get along and I think all that’s spreading down to the next generation.”

To learn more about the Pohlads’ efforts in downtown Minneapolis, take a look at executive editor Adam Platt’s cover story in our December 2022/January 2023 issue.