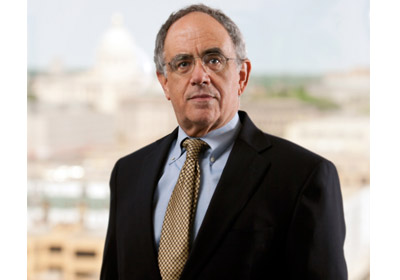 Following the death of its former president, David Olson, the chamber has named Bill Blazar his provisional replacement.
August 09, 2014

Blazar, previously the senior vice president of public affairs and business development, has been on the chamber staff since 1992.

The president position has been vacant since July 16, when Olson died of lymphoma at the age of 57. Olson had been president of the chamber for 23 years.

The chamber said it will discuss and adopt a search process for Olson’s permanent replacement at its annual planning retreat in August.

“The Minnesota Chamber is strong in spite of the devastating loss of its longtime president, David Olson,” Jeff DeYoung, chair of the chamber board, said in a statement. “Its vision and strategies are clear thanks to an engaged board of directors and dedicated staff, both of which have been built over many years.”

According to the chamber, it’s the state’s largest business advocacy organization, representing 2,300 businesses across Minnesota.