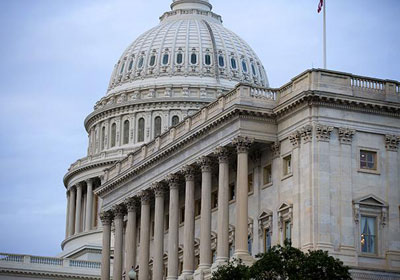 The Medical Device Tax Repeal Effort Is Back. Will It Pass This Time?

Rep. Erik Paulsen continues his efforts to repeat the medical device tax. With 27,000 med-tech jobs in the state, he's gaining wide support from the delegation.
June 21, 2015

WASHINGTON — The U.S. Capitol can be an unpredictable place. But every Congress, you can count on at least one thing: 3rd District Rep. Erik Paulsen will do everything in his power to repeal the medical device tax written into the Affordable Care Act.

In his multiyear quest to repeal it, an unlikely coalition has coalesced that includes lawmakers from Sen. Ted Cruz, R-Texas to Sen. Elizabeth Warren, D-Massachusetts. Despite that bipartisan support, however, the effort keeps falling short.

Earlier this year — as in years past — Paulsen’s device tax repeal bill advanced out of the House Ways and Means Committee. Yet it has never made it through the Senate to President Obama’s desk. This time Paulsen and his allies are confident things will be different.

For such a relatively small component of the massive ACA, the medical device tax has sparked a disproportionate amount of debate. According to supporters, it was written into the law in order to account for what was projected to be increased demand for medical devices — with a commensurate increase in medical device company profits — under the new health-care law. Some lawmakers wanted a higher tax, north of 4 percent, but they eventually settled for a 2.3 percent tax on medical equipment, covering everything from high-end stuff like artificial hearts to basic items like surgical gloves. It took effect in 2013 after a successful congressional push to delay its implementation.

Compared to other taxes in the ACA, the medical device tax doesn’t account for a lot of dough. It’s expected to raise $30 billion in revenue over 10 years, which goes into a general fund, and is not specifically earmarked to help pay for the ACA.

Jobs impacted
Medical device companies are concentrated mostly in California, Massachusetts, and New York, but they also have an outsized presence in Minnesota. It’s estimated that roughly 27,000 jobs are connected to the medical device industry in the state. No small number of those are at Medtronic, one of the world’s largest medical device companies, which has operational headquarters in Fridley and a substantial D.C. lobbying operation. Former Senate Majority Leader Trent Lott has lobbied for Medtronic, and the medical device industry as a whole has had nearly 400 lobbyists working to defeat the tax. It has spent tens of millions of dollars annually in lobbying, and Paulsen received more than $90,000 from the industry during the 2014 election cycle.

Beyond Paulsen, the tax has support throughout the Minnesota delegation, including progressives like Rep. Keith Ellison and Sen. Al Franken. Sen. Amy Klobuchar — who helped introduce the Senate version of the repeal bill this year — has called it a “tax on manufacturing,” and Paulsen has cast it as a measure that stifles innovation.

Replacing the revenue
Paulsen first introduced a repeal bill in 2012, and it easily passed the House. In 2013, the Senate voted overwhelmingly in favor of a repeal, but the vote was nonbinding. Lawmakers were still at odds to figure out a key element of the measure: how to offset the $30 billion in revenue that tax would raise — or if it should be offset at all.

Democrats’ support of the repeal is basically conditional on finding an offset for that revenue. Supporters of the ACA “have to think about what’s the revenue that’s going to be the replacement in order to preserve” the law, said Sen. Robert Menendez, D-New Jersey. Warren has said she’d vote to repeal the tax — but only if there is a comprehensive offset.

Generally speaking, Republicans have not been especially enthusiastic about finding ways to account for the lost revenue. Paulsen’s initial 2012 bill would have offset the cost by limiting Obamacare subsidies to low- and middle-income individuals, but that plan was scrapped. Sen. Orrin Hatch, R-Utah, one of the senators tasked with solving the offset problem, said earlier this year that “we’re not looking for offsets.” That raised questions for some Democrats who still support the tax, fueling long-time suspicions that the push to repeal the tax is part of a larger Republican strategy to dismantle Obamacare.

Paulsen has downplayed that fear and expressed doubt that the offset debate would present a meaningful barrier to passing the repeal. “In the end, I don’t think this offset will be the hang-up for passage,” he said. He emphasized the forward momentum and bipartisan support behind the bill and said that there are probably enough votes for it in the Senate even if there isn’t an offset for lost revenue.

Something close to a unanimous vote for repeal is a certainty in the Republican Senate caucus, meaning that only a half-dozen Democratic votes are needed. With a satisfactory offset, there will be plenty. Even if some Democrats defect, this iteration of the law enjoys a benefit its predecessors did not: a Republican-controlled Senate.

Part of tax reform?
Supporters have said that it’s possible the repeal may not advance on its own—instead, it could be included as part of a wide-ranging tax reform bill, which is a top goal of this Congress. Klobuchar believes the repeal “is something we can get done this Congress,” potentially as part of a larger package. She said that, along with colleagues, she is “continuing to work on an offset for my bipartisan legislation to repeal the tax.”

Even if it clears those hurdles, there is one last obstacle for the repeal: President Obama, who is naturally reluctant to dismantle any part of his signature achievement. Still, supporters are finding reason to be optimistic. In 2012, the president vowed to veto any repeal bill that came to his desk. Earlier this year—perhaps realizing that a Senate veto override is a distinct possibility—the president left the door open. “Let me take a look comprehensively at the ideas they present,” he said in January.

Those ideas have more momentum than ever, and a more favorable environment. “I’m going to be really persistent on this,” Paulsen said.

That, at least, hasn’t changed.