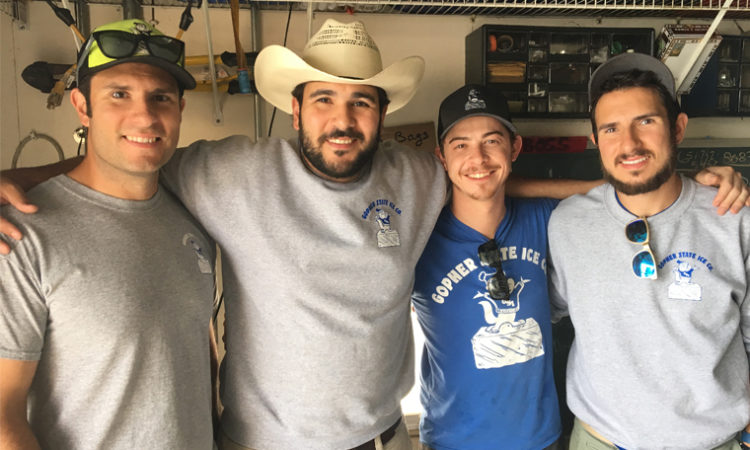 The Ice Mafia Keeps It Cool at the Minnesota State Fair

One family business is responsible for virtually every cold refreshment consumed at the fair.
By Amanda Ostuni
August 30, 2018

For every sno-cone, root beer, and fresh squeezed lemonade served at the Minnesota State Fair, there’s one essential ingredient: ice. And when they need it, vendors know there’s only one place to call: the Ice Mafia.

That’s the playful nickname for Gopher State Ice, a family-run business that provides practically every State Fair food vendor with ice—often, before they even realize they need it.

“We basically try to make sure that everybody stays full every day,” says Paul Abdo, who runs Gopher State Ice with his father Larry and brothers John and Corey. “Because if [our customers are] out of ice, they can’t sell lemonade or pop or sno-cones, or whatever they’re doing, and that means lost revenue.”

It’s a service food and drink vendors pay for at a flat rate. Abdo explains that vendors must describe their anticipated ice needs for the 12-day fair. Then Gopher State strategizes how to keep everyone sufficiently supplied.

Gopher State has three locations on the fairgrounds where customers can pick up ice, or they can get the ice delivered right to their booth.

There’s no scheduling system, though. And Abdo is averse to texts or calls. A request from a vendor tells Abdo he’s doing something wrong. He believes the job of the Ice Mafia (a moniker Abdo embraces) is to make sure no one ever runs out. Abdo and his relatives do this by simply feeling out the rhythm of the fair and carefully assessing who’s likely to need ice and when.

“It’s almost a game of chess. Being able to anticipate what the customers’ needs are going to be, and being able to fulfill those needs on a daily basis, hourly basis is a lot of fun,” says Abdo. “It’s a really, really good challenge.” 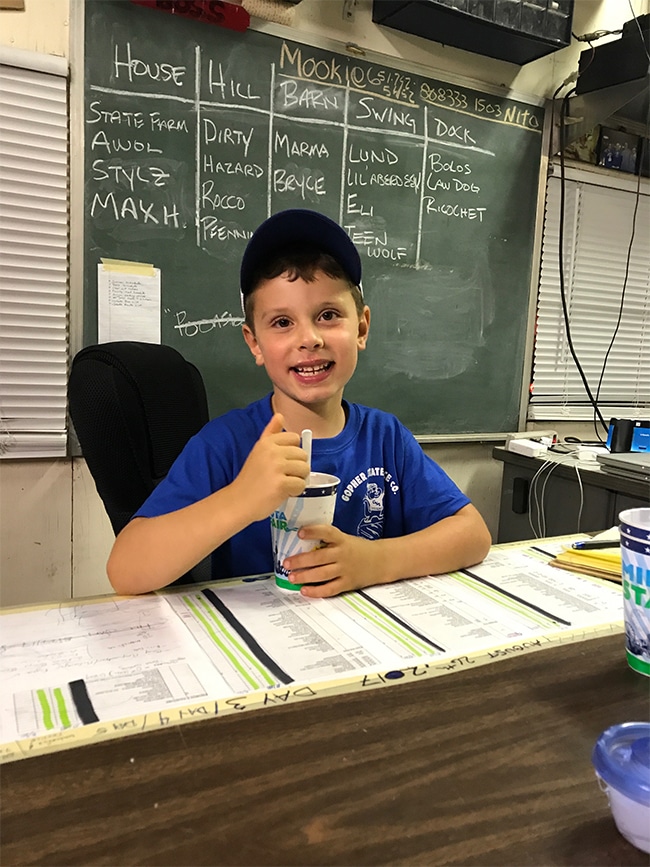 But it does take a lot of planning. And a whole lot of hauling. When Gopher State started providing ice at the fair 45 years ago, the company could deliver ice directly to booths by truck. Then, around the early 80's—according to a State Fair spokesperson—the fair banned trucks, rendering Gopher State a manual operation.

Now, the business employs around a dozen cart pushers, mostly college and high school students, who haul as many as 30 30-pound bags at a time.

As one might expect, warmer days tend to be busiest. When temps spike, it’s not just food and drink vendors in need of ice. Cows, goats, and pigs want service, too. People showing their animals at the fair will buy ice from Gopher State to help them cool. Same goes for fair employees, from sanitation to security to parking lot attendants.

“Ice is kind of a universal comfort on a hot day at the fair,” Abdo says.

But they’re still plenty busy on rainier, cooler days, which the fair has experienced a few of so far this year. No matter the weather, fairgoers eat and drink, Abdo says. And where there’s food and beverages, there’s ice.

Abdo doesn’t mind that his company’s efforts may go unrecognized by fairgoers. In fact, he thinks if guests know about the Ice Mafia, it’s because they’re getting in the way or failing to help vendors keep their drinks cold.

“So, we just stay in the background and work our butts off,” Abdo says, “to provide the best customer service that we possibly can to make sure all our customers are happy, and they don’t run out of ice.”