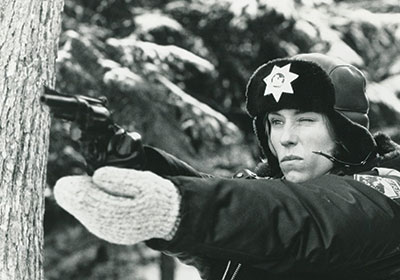 The Fall And (Potential) Rise Of The MN Film Industry

From quacking hockey players to ice-fishing octogenarians to blood-spewing wood chippers, Minnesota has served as the snowy backdrop for some iconic films. But it’s been nearly two decades since those films were shot, and little of note has followed. So what happened?

In 1997, Minnesota pioneered a film incentive program, later dubbed “Snowbate,” that offered production companies reimbursements to film in Minnesota. Known officially as the Minnesota Film Production Jobs Program, it began with modest funding and offered as little as a 5 percent rebate to filmmakers. It was short-lived, however, losing its state funding in 2002.

In 2005, Lucinda Winter became executive director of the Minnesota Film and TV Board, the nonprofit group that administered the Snowbate funds. “While we had been in hiatus on our funding,” she says, “not only had most of the states created their own programs but now we also had other countries to compete with.”

With film incentives becoming the norm, and states realizing how much spending that large film crews generate, the system developed into an arms race in which states had to continually up the ante to stay ahead—and places like Minnesota, which couldn’t compete, were left out in the cold.

“Over time this lack of incentive has forced people to leave Minnesota, so we lose talent,” says Craig Christiansen, a producer at Minneapolis-based Perspective Films. “Filmmakers will say, ‘Well, we’d love to film this here, but we’re going to Florida for the incentive.’ ”

Change is coming, however: Funding for Snowbate was increased in this year’s legislative session to its highest ever, $10 million over the next two years, up from a total of $4.7 million between 2007 and 2011—with a potential for up to 25 percent rebates. Although this puts Minnesota in the top 15 states for funding, there is still enormous competition—with states like New York offering 30 percent refundable tax credits out of an annual $420 million fund.

And money trumps snow cover any day. “Geography isn’t as much of an issue anymore; I was able to make Minnesota look like Iraq and Belgium,” says director Sam Fischer, who made the feature film Memorial Day, shot entirely in-state. “The incentives are what filmmakers look for; if it weren’t for my wife’s lifelong friends here I would have packed us up a long time ago.”