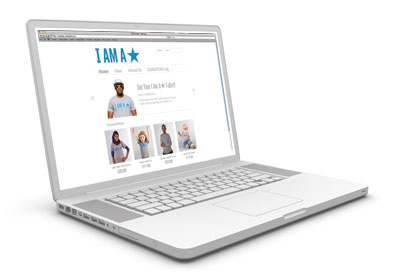 Caring Americans give billions to charity. Minnesotans are known to be particularly generous. But even with—or perhaps because of—the most dire, daunting challenges, donor fatigue can set in. This is particularly the case with global disasters, be they man-made or natural.

The Minneapolis-based American Refugee Committee is well aware of these dynamics. So it turned its campaign for famine relief in Somalia on its head. This, in turn, turned a lot of heads, including those at the Drucker Institute, which late last year awarded ARC its Peter F. Drucker Award for Nonprofit Innovation.

ARC’s “I Am a Star” campaign deserved the award. Any entity that can make a feel-good campaign about Somalia—usually viewed as helpless and hopeless—is on to something. The “star” refers to Somalia’s flag, but more important, those willing to help—especially the members of the sizable local Somali diaspora. They partnered in creating the campaign, which had the added benefit of better unifying Somali expats.

The multimedia effort included an IAMASTAR.org website, which encouraged people to brainstorm on raising funds for famine relief. There was an upbeat video of local Somalis and ARC staffers providing relief in Mogadishu. Social networks helped extend the message. And the original social networks—car washes, bake sales, fun runs—were used to raise money and build bridges between Mogadishu and Minnesota, as well as between Somali immigrants and native Minnesotans.

“What we’re trying to do is to really recognize that some of the solutions to the world’s toughest problems are only going to be solved by a process we call co-creation—by throwing open our doors and welcoming people from around our community to try to work on these things and solve them, and not just leave it to the NGO [non-governmental organizations] and nonprofit people sitting in their office,” says ARC President and CEO Daniel Wordsworth. “What we have to do is build belief in a place there is great disbelief. So we designed a campaign that was filled with belief, hope, and beauty.”

Barely a buy—but plenty of buy-in, which impressed the Drucker Institute. Documented results included engagement of more than 35,000 people from 65 countries (one of them Secretary of State Hillary Clinton), 240,000 weekly website views during the peak of the campaign, 128 community events, and 1,158 volunteers connected. Most important, $6.9 million was raised to help more than 200,000 Somalis with water, health care, and sanitation. Better make that $7 million: The Drucker award came with a $100,000 prize (provided by the Coca-Cola Foundation), which will further advance the effort.