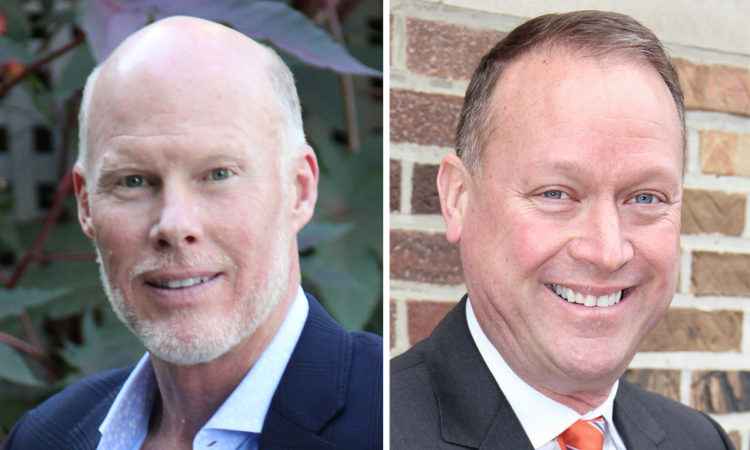 Chris Killingstad, who led Tennant Co. to $1.14 billion in sales in 2019, will leave his president and CEO role in March.

Killingstad, who served in the top job for 15 years, will be succeeded by Dave Huml, the company’s chief operating officer. Tennant, founded in 1870, is well-known for manufacturing blue-and-gray cleaning machines that are used in countless school and business locations.

Killingstad is the third chief executive in the past two months to announce a departure from a major public company based in the Twin Cities. Doug Baker will leave his CEO role at Ecolab on Jan. 1, and Vicki Holt will end her tenure as president and CEO of Protolabs on March 1.

In all three cases, the long-serving top executives are being succeeded by key executives within their corporations.

At Tennant, Huml joined the company in 2014 as a senior vice president of global marketing. He was promoted several times, including this year when he became chief operating officer. In that capacity, he has had responsibility for all regional sales and service organizations, as well as global research and development, operations, information technology, and marketing.

“Dave Huml’s promotion to CEO is a natural progression that reflects his successful leadership at Tennant, including his role as a major architect of the company’s current enterprise strategy,” Steven Sonnenberg, Tennant’s lead board director, said in a written statement.

“Chris helped transform Tennant into the innovation leader that we are today in the mechanized cleaning industry,” Sonnenberg said. “He also led the completion of strategic acquisitions to increase our geographic and product footprint.” During Killingstad’s long run as CEO, Tennant’s market capitalization grew from less than $500 million to more than $1.3 billion.

In a 2018 TCB interview, former Medtronic CEO Bill George said an effective CEO must assemble the right team, be able to expand the business and have the “vision to understand where the company needs to go in a new era.” George, a senior fellow at the Harvard Business School, contends that a new CEO is well-positioned to succeed when the person rises from within the company.

At Tennant, Ecolab and Protolabs, the boards of directors not only selected internal candidates, but they announced the leadership changes months before their effective dates. That allows shareholders, employees and customers to see these were planned changes and not urgent responses to leadership problems.

The departing CEOs all are remaining with the companies—at least for a period of months—to lend ongoing support to the new CEOs and their company strategies.

At the end of this month, Baker is giving up his CEO responsibilities, though he will remain Ecolab’s board chairman. He doesn’t plan to hover over his successor Christophe Beck. “I will not office in the [headquarters] building,” Baker told TCB. “I don’t believe in it.”

Baker said he would be “working with Christophe in any capacity he wants me to work with him.”

At Tennant, the company announced Monday that Killingstad would serve as a strategic advisor until the end of 2021. In a news release, Protolabs disclosed Monday that Holt will remain on the corporation’s board through May.

This cluster of three CEO departures is reminiscent of a major turnover of Minnesota-based CEOs that occurred between 2016 and the middle of 2018. During that time frame, seven of Minnesota’s 15 largest public companies announced CEO transitions. At five of the corporations—U.S. Bancorp, General Mills, UnitedHealth, 3M and Hormel—boards promoted executives from within the companies.

That level of continuity provides stability for the corporations, according to Paul Vaaler, a business and law professor at the University of Minnesota. “There is turnover in people, but not necessarily turnover in business strategy and community engagement,” Vaaler said when he was interviewed by TCB in 2018.

Huml commented on his desire to continue implementing Tennant’s five-year business strategy. “We are only in year one of this five-year journey,” Huml said, and highlighted the goals of “winning where we have competitive advantage, reducing complexity and building scalable processes.”

On a community level, Huml already has extensive knowledge of the Twin Cities. He earned his master’s degree from the University of Minnesota Carlson School of Management, and he had strong Minnesota business ties before he joined Tennant. He worked at Graco and Pentair, which have their executive offices located in the Twin Cities.

Holt’s service of seven years is close to the national average. While Killingstad, holding the top job for 15 years, and Baker, nearing completion of a 16-year run, have had particularly long tenures as CEOs.

2020 Entrepreneur of the Year Awards