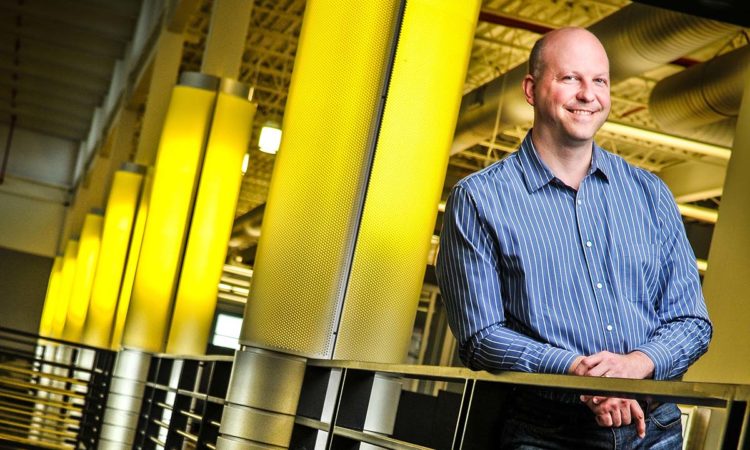 Charlie Kratsch is no medical professional. He’s a tech entrepreneur. He founded Blaine-based Infinite Campus, which manages student data for K-12 schools nationwide, in 1993. The company now has more than 500 employees.

But this afternoon, Kratsch is announcing that he is offering a $1 million prize to a local nonprofit that can effectively create a regional network linking providers of mental health and addiction care. The money will come from the Infinite Campus Foundation, the company’s philanthropic arm. Gov. Tim Walz will be on hand for the announcement.

“It’s not so much that the services aren’t available, it’s how do you find what you need when you’re in need?” said Kratsch, who envisions a network that offers a single point of contact for people who are trying to get help.

Kratsch is motivated by his family’s personal experience.

About 10 years ago, Kratsch’s son came home from school having paranoid delusions. They wondered if it might be drug related. Kratsch and his wife brought him to the emergency room, where nothing was found in his system. The emergency room doctor planned to send him home, but before leaving, Kratsch’s son had to fill out a discharge form. While doing so, he kept editing language on the form. When the doctor asked him why he was doing that he said, “They’re out to get me.”

The doctor realized that something wasn’t right and put a 72-hour hold on Kratsch’s son.

“That’s when our journey began…the thing [to do] was find him a bed in a mental health inpatient unit, but there were no beds available. That was my first eye-opener,” said Kratsch.

“Growing up here in the Twin Cities, we’ve got one of the best one of the best health care systems in the world, right? How can there be no beds? They started to explain to me ‘This isn’t physical health – the mental health system is different and there’s all these shortages’.”

While some larger health care providers offer mental health care, Kratsch said that there is no coordinated network for ongoing care in the Twin Cities.

“Most of those bigger services are really meant to just stabilize the person,” said Kratsch.

“After that point you’re dealing with a lot of these smaller providers. Navigating that is a challenge — finding who is the right provider. Also, you tend to work with three or four at a time, and there’s no coordination between them.”

Kratsch said that there is not a specific deadline to apply for the $1 million prize. He expects that they will receive proposals through the end of the year and then take six months to evaluate the ideas.

“Government and big businesses avoid risk,” said Kratsch. “Generally, what they do is they look for money to spend on things they’re already doing…That’s not how you get change. As an entrepreneurial organization, we’re funding innovation.”

Kratsch added, “We don’t necessarily want to start up brand new entities…what we’re interested in doing is organizing those that are already out there.”

Kratsch noted that drug and alcohol addiction issues will also be an important component of the network.

Kratsch said that his son is doing OK today with a bipolar diagnosis.

“What you find with mental health is you don’t cure it, you manage it,” said Kratsch. “It’s a lifelong condition and you have your ups and downs.”