Despite warnings from economists that the “fiscal cliff” could have dire consequences for the U.S. economy, more than half of those who responded to a recent poll indicated that it might be sensible to take the plunge.
December 16, 2012 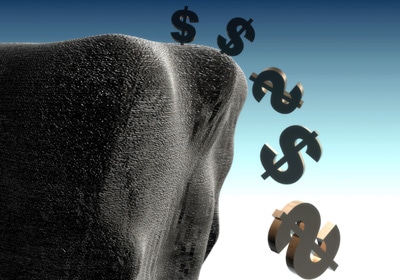 Much of the discussion surrounding the so-called “fiscal cliff” has painted a doomsday picture, indicating that the series of spending cuts and tax increases set to occur next month would have a disastrous economic impact.

But more than half of the local businesspeople who responded to an informal poll by Twin Cities Business (TCB) seem to believe that taking a plunge off the cliff would be a sensible course of action.

Of the 301 people who responded to the poll—which was recently included in TCB’s twice-weekly e-newsletter, Briefcase, and appeared on TCBmag.com—51.7 percent said they were in favor of allowing the fiscal cliff to happen. (The question asked: “Given its potential long-term positive impact on the U.S. deficit and economy, should the ‘fiscal cliff’ be allowed to happen?”)

Many respondents said that only by going over the cliff can the country, grappling with a budget deficit and saddled with an estimated $16 trillion in debt, come to grips with its economic situation.

Kirscht told TCB in a phone interview that he would prefer to go over the cliff, because any solution provided by Congress is likely to perpetuate what he describes as a “delay-defer-deny” model. He believes that a short-term solution would result in additional uncertainty and simply “put another Band-Aid on” the situation.

“The cliff would have less of a negative effect than the uncertainty and rudderless leadership we have now does,” he said. “Uncertainty doesn’t promote investment or entrepreneurship.”

With respect to spending, the cutbacks that would be triggered by the fiscal cliff would have less of an effect than politicians and the media have suggested because government is “so bloated that it’s adding weight and drag to the economy,” Kirscht said. Meanwhile, it’s better to allow tax cuts to expire across the board than to single out top earners, because taxing only the top 2 percent would have far less effect on the deficit, he added.

Kirscht said that his business and employees will be affected by rising taxes if the cliff occurs, but companies tied directly to government programs will likely feel a bigger impact.

He acknowledged that the cliff could potentially result in a recession, and businesses will be “operating in more of a maintenance-and-protection mode rather than rapid expansion, at least until dust settles and people start coming up with real solutions.”

“It’s a matter of putting our vital, long-term needs ahead of our narrow, near-term wants,” both as businesses and individuals, he said.

Joe Thoemke—founder and CEO of Thoemke Enterprises, a St. Paul-based holding company whose businesses include Midwest Staffing and Northland Temporaries—told TCB by phone that “the alternatives we’re looking at could be worse” than going over the cliff.

“If we’re just raising taxes and not dealing with spending—which in my opinion is the real problem—then we’ve gone nowhere,” said Thoemke. “We have to make businesses want to invest and grow and provide opportunities for those who are unemployed and underemployed.”

A number of poll respondents said that the fallout from the cliff would be better than any alternative likely to come from Congress, and it might be the only way to help break political gridlock.

“I think we need to be jolted out of our complacency and into reality,” one respondent wrote. “It may be the only way to get the two sides of government to finally work together.”

“While extreme and likely painful, going over the cliff may be the tough medicine our country needs to begin to curb our enormous deficit,” wrote another.

While the majority of respondents to TCB’s poll were in favor of letting the cliff occur, 41.6 percent said it should not be allowed to happen, and 6.7 percent were undecided.

Some respondents said that the impact of the cliff could cripple a fragile economy whose recovery is still in its infancy. Others cited concerns that the cliff could lead to higher unemployment.

“While we need to take steps to significantly reduce the debt, just allowing the fiscal cliff to happen would [result in] too much reduction while the economy is still weak,” one respondent wrote. “Congress really needs to do its job and come up with a reasonable compromise plan.”

“It is totally irresponsible for lawmakers to risk another recession for not doing the job that is theirs,” wrote another. “If this were any other business and they avoided balancing the budget, they would be fired.”

Indeed, many economists have projected that the fiscal cliff could send the country back into recession. The Congressional Budget Office has projected that the cliff could cause real economic growth to drop at an annual rate of about 3 percent and cause the unemployment rate to climb to 9.1 percent by the end of next year.

Jay Kiedrowski, a senior fellow at the University of Minnesota’s Public and Nonprofit Leadership Center within the Humphrey School of Public Affairs, found it surprising that more than half of the businesspeople who responded to TCB’s poll said the fiscal cliff should be allowed to happen.

“I think they have a reaction that the federal government ought to pay off its debts like they pay off their debts,” he said. “They know that the responsible thing is to pay off your debt in a timely fashion.”

But Kiedrowski said that’s an “emotional reaction” and that “the U.S. going over the fiscal cliff would not be good for the United States economy or the local economy.”

He said that not only would local property taxes likely go up, but state and local governments would suffer. More revenue would have to be raised at the state level, or additional expenditures would have to be cut there as well in order to balance out the federal cuts.

“Perhaps they’re thinking we might go off the cliff temporarily and adjust fairly quickly,” he said. “The only benefit I can see in going off the cliff is that you make a huge reduction in the deficit. Some might say if it’s the only way to get it down, do it.”

But Gault said that going off the fiscal cliff isn’t a “sensible way” to reduce the deficit because the enormity and immediacy of such a move would lead the country back into recession. He favors a plan that would increase taxes and cut spending gradually over a two- or three-year period in order to give people and the economy a chance to adjust more slowly to the impact of those actions.

Still, whether executives agree or disagree about how to resolve the deficit, Gault said they want some certainty about what’s going to happen with taxes and government spending. “All they have is extreme uncertainty,” and “they want to know what the rules of the game are.”

Gault added that companies selling products to other companies have likely already been affected by uncertainty surrounding the fiscal cliff, as a recent Commerce Department report found that business orders for capital equipment were weak in the third quarter.

“There is a paralysis in business decision making” as executives brace themselves for the unknown, he said.

The Fallout, Close to Home

Minnesota business leaders have often cited the looming fiscal cliff as an important factor that could significantly affect their businesses. Respondents to TCB’s Quarterly Economic Indicator Survey, for example, said that they are in a holding pattern this quarter, waiting for solutions to the budget-policy standoff in Washington.

State officials—who reported that Minnesota lost 8,100 jobs in October, while the unemployment rate held steady at 5.8 percent—also said that employers are keeping a close eye on Congress as the deadline approaches.

And a recent study by the Tax Foundation, a Washington, D.C.-based organization that bills itself as a non-partisan tax research group, found that a Minnesota household earning $87,319 would pay an estimated $4,382 more in taxes in 2013 than it did in 2011 if Congress does not avert the cliff. (Minnesota taxpayers, however, are likely to experience a smaller impact than those from some other states, the study found.)

Some members from the business community have urged Congress to avoid the fiscal cliff, arguing that corporations will feel the negative effect of tax hikes and spending cuts. Businesses have joined groups that are calling on Congress to act; one such group, the Campaign to Fix the Debt, counts among its members Minnetonka-based UnitedHealth Group, Inc., according to a report by the Star Tribune.

Meanwhile, discussions continue in Washington. Republican Congressional leaders on Monday offered a counterproposal to President Barack Obama’s previously introduced deficit-reduction plan. The GOP’s plan is far heavier on spending cuts but embraces $800 billion in new taxes over the next 10 years, according to a report by The New York Times. (Read more about the counteroffer here.)

CBS News on Wednesday gave a breakdown of the solutions offered by the president and Congressional Republicans; read it here.

To learn more about the fiscal cliff, read the Tax Foundation’s primer here.