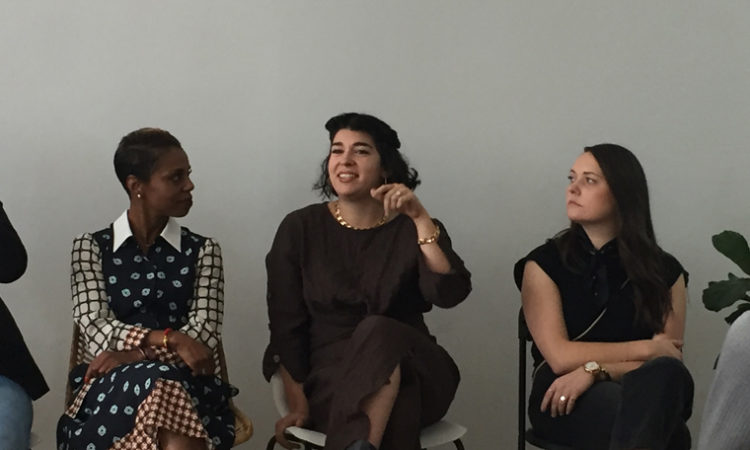 Get ready for the next generation of entrepreneurs.
By TCB Staff
October 16, 2019

After the seventh day of startup week, we’re feeling pretty jazzed about the future of entrepreneurship. Young business owners and investors are challenging the status quo. They’re willing to take more risks. And they’re speaking out about long-standing issues of racial and gender bias. Below, we share a few highlights from day seven.

Branding, first and foremost: Branding shouldn’t be an afterthought for startups. That was a key takeaway from a Tuesday panel at ad agency Ultra Creative’s office in Minneapolis. Six branding pros – including General Mills brand design lead Cari Mosher – assembled to give some tips on establishing a strong brand strategy. Panelists also suggested pinpointing your company’s key demographic target when launching your brand. Authenticity was a key part of the discussion, too. “Everybody is talking about authenticity, and I think it’s easier for a small entrepreneur to be able to start a brand or a product and have that twist of authenticity versus a larger brand,” said Ty Tonander, managing partner and VP of brand design for Ultra Creative.

Tackling gender bias and harassment in VC: Last year, just 2 percent of venture capital dollars went to female founders, according to Fortune magazine. With few exceptions, most of that money comes from male investors, and that can create problems for women-led startups. So, the founders of Minneapolis video production company Mighteor have rolled out a new clause that asks investors upfront if they’ve ever been accused of sexual assault, sexual harassment, or sexually inappropriate behavior. “Raising money as a 20-something or 30-something woman without much power or financial strength from largely successful, powerful men is not easy,” says Elizabeth Giorgi. Read more about Mighteor’s “candor clause” in associate editor Tess Allen’s report from a Tuesday discussion.

More on challenges for women founders: Giorgi also teamed up with a panel three other female founders to address a range of gender bias issues in the startup scene. “If I was a guy, I’d have six [investment offers],” she said. Giorgi said women have to work much harder than their male counterparts to obtain investments, so they often experience crisis of confidence and identity. “I feel sometimes like I have to pull myself back and be more humble, but no, I’m a beast. …I’m surprised how much more I have to prove that.” Panelists also agreed that women need to be declarative rather than apologetic to play the game of business in a man’s world. In some cases, women aren’t taken seriously, or they’re dismissed or degraded with sexual advances. Panelists said they feel an obligation to prepare the way for future women entrepreneurs. “We have a responsibility to not just be a face but actually carve a path,” said Giorgi.

A new wave of venture capitalists: To be sure, there may be some hope for the future of VC. Consider Atland Ventures, a student-run venture capital firm at the U of M. The group, which comprises 28 students, highlighted the Gen Z impact on the venture capital space. The upshot? Gen Zers are more entrepreneurial-minded than their predecessors, and they’re willing to invest in riskier startups. Atland, which raised a little over $1 million this summer, has provided financial backing for esports tournament streaming platform, along with Stackin’, a platform aimed at helping young folks plan for their financial futures. TCB profiled Atland last year.

In the business of doing good: Every company wants to make an impact. At Finnovation Lab in downtown Minneapolis Tuesday, four panelists discussed the world of businesses built around making an impact—specifically, companies designated as benefit corporations or B-Corps. An alternative to standard for-profit companies or nonprofit status, benefit corporation status makes it clear your business is making money but is socially invested, said Brian Herder, founding partner of marketing firm Russell Herder. That route enables a business to attract more money than with nonprofit status, said Angie Eilers, founder of education tech developer Ur Turn. “More dollars equals more scale, equals reaching more kids, equals having a greater impact.” Another key point: Modern consumers are actually asking for businesses driven by a cause .“It’s palpable—the new consumer is so much more conscientious… [and they’re] asking for [companies to be that way] as well,” Eilers said. Additionally, investing in ways to measure impact is a must-do for any mission-driven business.