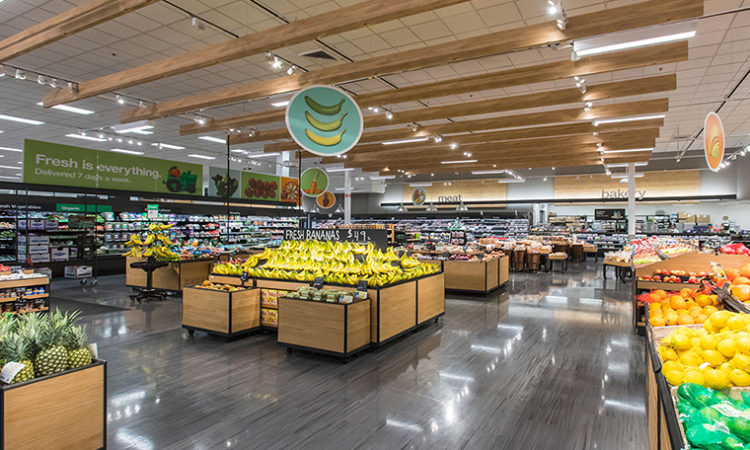 Sales in the company’s Food & Beverage sector have grown, while revenue for other categories like apparel has declined. (Photo courtesy of Target)

Target’s Online Sales Soar, But Profits Will Be Nicked in Covid-19 Retail Climate

In a fresh update on its business amid the Covid-19 pandemic, Minneapolis-based Target Corp. on Thursday reported that its digital sales are up more than 100 percent so far in the first quarter of the company’s 2020 fiscal year. With a “slight decline” in store sales, overall comparable sales for the quarter are up more than 7 percent.

While digital sales are soaring, overall comp sales are seeing just a single-digit gain because online sales have historically accounted for a fraction of Target’s total sales. For its 2019 fiscal year, Target reported that 91.2 percent of all sales came from physical stores while 8.8 percent came through digital channels. Target’s 2019 fiscal year ended Feb. 1.

Target’s latest update shows that sales bursts during the Covid-19 crisis have come in waves. In mid-March they saw a strong surge in sales as customers stocked up on essentials. But, the company noted, “Later in the month, as guests across the country began to shelter in place, sales trends in stores softened significantly while digital sales accelerated dramatically.”

The bottom line? The company will take a short-term hit to its profitability.

Citing “the shift in category mix towards lower-margin categories, the shift in channel mix towards digital fulfillment, and inventory write-downs in Apparel & Accessories to reflect the rapid deceleration in sales trends,” Target said: “Together, these factors are expected to reduce the company’s first-quarter operating margin rate by more than 5 percentage points.”

Like many companies large and small, Target has taken steps to shore up its balance sheet and boost its cash on hand amid the uncertainties of business during and after the pandemic. Target recently issued bonds to raise $2.5 billion and also secured a new $900 million credit line.

On Thursday, Target also announced that it is now extending a temporary $2 an hour wage increase through May 30 for store employees and other “front line” workers. Target initially announced the wage increase on March 20, at which point the program was slated to run through May 2, the end of Target’s first quarter.

“While we expect our short-term profitability to be affected by Covid-19, we expect to have the financial capacity to emerge from this crisis in a position of strength,” said Mike Fiddelke, executive vice president and chief financial officer, in a statement.