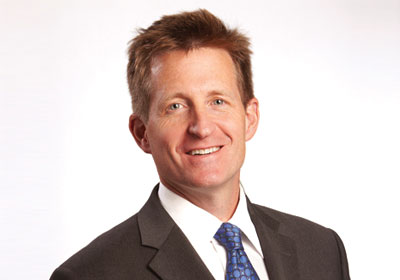 Target’s Chairman Is Out; What About the Board?

Maybe William Ackman had the right idea after all.
By Dale Kurschner
May 23, 2014

Twin Citians have a propensity for defending hometown employers, even if outsiders have better ideas. We tend to paint such strangers as bad guys—politically and through clever internal and external PR campaigns that turn employees and reporters against them. And sometimes, they really are bad. Other times, our biggest-small-town-left-in-America naivetÃ© gets the better of us.

Shareholder activist William Ackman, through his Pershing Square Capital Management hedge fund, bought $2 billion worth of Target’s stock in 2007 because, he said, he did not want it to become known as “a once-great company.” To help avoid such an outcome, he proposed ways for Target to unlock certain assets to increase shareholder value and provide growth capital. He expressed this interest during Target’s leadership transition from chairman and CEO Robert Ulrich to Gregg Steinhafel, who took the helm in May 2008.

To most, Ackman’s claims and proposals came across like nothing more than sugar-coated corporate raiding: He’d leverage or sell off Target’s assets to free up billions in cash, use it to increase its share price, then sell his stock and leave the company weaker in the long term. Among the most detested of ideas was his proposal for Target to sell all of the company’s U.S. property to a real estate investment trust; Target leadership objected, and won that battle.

Some of Ackman’s other ideas—selling off its credit card receivables and funding what has become a $15 billion stock repurchase plan—proved beneficial for the company and its shareholders, however. In fact, had Target not implemented them, the Great Recession, as well as the company’s botched Canadian expansion, would have hurt the company even more than they have.

Such moves—along with healthy momentum, brand legacy and solid business strategy put in place by Ulrich—provided Steinhafel and Target’s board with time to figure out how to reinvigorate, if not reinvent, the company at a time in which brick-and-mortar retailers were losing market share to new competitors and online players such as Amazon. But they failed to do so, and time ran out.

Last year, Target’s same-store sales and transactions per store dropped. Problems with its $4.4 billion foray into Canada led to more than $1 billion in losses. And the December data security breach revealed not only a timid chairman and CEO (he remained mute on an issue affecting tens of millions of customers, only coming out of hiding twice, when he knew the media could be controlled), but also a company that knew better but ignored its own computer security warnings.

Steinhafel reported to, and was held accountable by, his board of directors. But as chairman he could also suggest changes to that board’s composition, which could have helped him, shareholders and Target’s other constituents—customers and employees. The adage is true: Leaders are only as good as those they surround themselves with. For a public company CEO, this means having an outstanding board providing you with the guidance needed to run a company well.

So here’s where Ackman’s suggestions come back into play. He wanted himself and four others to be made directors. But Target fought back hard in an expensive proxy fight, and by Steinhafel’s third anniversary as CEO, Ackman had given up and sold all of his shares in the company.

What if the board had been modified by 2011? Would Target have been gutted by a corporate raider? Would it have drifted and listed as much as it has since then? Or would new directors have brought in expertise that could have helped reenergize its culture and brand, increase same-store sales and identify avenues for new growth?

Consider the types of directors on the boards at Best Buy and Lululemon Athletica, two of the most respected retailers in America today.

All are highly respected, qualified individuals; several bring valuable experience and insight in corporate governance and leadership. But do they have what it takes to help a retailer such as Target today, and tomorrow?

I’d say no, based on how other retailers’ boards are populated (including those at Tumi, J.C. Penney, Michael Kors and William-Sonoma), and based on what’s happened to Target in the years since Ackman first attempted to refresh its board. But I’m just an outsider playing Monday-morning quarterback. It could be the board has done an exemplary job in ways none of us will ever hear about. There is, after all, a world of complex, hectic discussions, challenges and solutions being worked out every day within companies of this size. 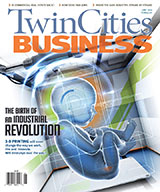 I do wonder, though, what potential candidates for Target’s chair and CEO position think about all of this. There are other companies, including retailers, with such openings. How does Target’s board compare with theirs, and is it strong enough to attract the very best candidate to lead the company?