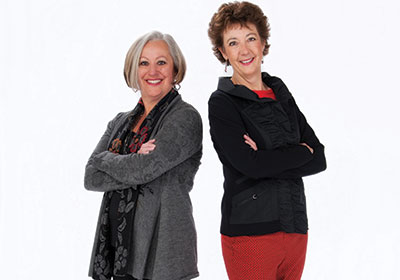 Even CEOs Need Help Finding Their Next Gigs

Teresa Daly, CEO of Navigate Forward, has heard the same story many times. A savvy local executive finds himself without a job after a long career of ladder-climbing and suddenly has no clue how to find a new job.

In her work with top-tier executives in transition, Daly often hears the same refrain: “They say. …‘I haven’t looked for a job in 25 years. My career has just happened.’ ”

Navigate Forward works with about 250 executives a year, helping them land new positions or pivot to pursue the next chapter of life after the corner office. The average client is 49 years old and has had an annual income of approximately $310,000.

Navigate Forward is not a search or placement company, but a coaching and advisory firm. Roughly 80 percent of the company’s work is corporate-sponsored, meaning that Navigate Forward is being paid as part of an executive’s severance package.

“We have clients who come to us—executives, very sharp people—who come and say, ‘Teresa, I’ve been out [of work] for a year. I’ve had 200 networking meetings and I don’t know what I’m doing wrong,’ ” Daly reflects. “What they’re doing wrong is they’re just drinking coffee with their cronies instead of really taking a step back, getting their strategy in place and working their sweet spots effectively.”

In the age of social media, Daly says that tools such as LinkedIn can be helpful, but only up to a point.

“It is very important to sign up on LinkedIn and to have a very good profile and to have a significant number of connections. Not because it is likely that their job will come from that. At that level, it’s very unlikely that their job will come from that,” Daly says. “But being on LinkedIn does two things for them: It enables search firms or others to get information about them. That’s helpful. It also indicates or demonstrates that they’re current, that they’re up to date.”

But not everyone is looking for another job. Some look to pursue board service or other new directions.

Sarah Bridges is a psychologist who consults with executives who have lost their jobs. Bridges notes that some of her clients don’t want to return to corporate America, but may instead get into a combination of consulting and volunteer work.

“This is a time to take stock and really get clear on your values, and ask yourself, ‘Am I living my life in a way that’s meaningful for me?’ ” Bridges says. “Sometimes what we end up deciding to do is not just a replacement job.”

For executives who are seeking another corporate position, it takes time. Daly estimates that most Navigate Forward clients land a new job in eight to nine months.

How do people land a new gig? Old-school networking. But Daly says that networking needs to be targeted to be effective.

“It’s primarily networking. But it’s focused networking,” Daly says. “The opportunities are out there. The issue is: Are they packaged and are they focused and are they really working their sweet spots in the market, or are they just doing a random, opportunistic, scattered approach? When their approach is opportunistic and scattered, it’s very hard to get traction.”