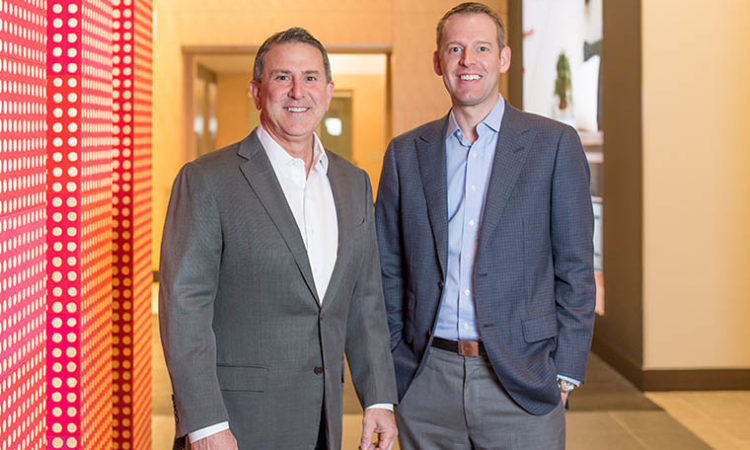 The service will cost $99 a year for unlimited deliveries on orders over $35. It works via a network of contracted shoppers who use an app to fulfill orders and deliver them to customers using their own cars.
By Jared Goyette
December 14, 2017

In a move to help distinguish its online and digital offerings from behemoth retailers Walmart and Amazon, Target announced Wednesday that it plans to acquire the subscription-based same-day online delivery platform Shipt for $550 million in cash.

The acquisition, one of the largest in the company’s history, will allow Target to offer Shipt’s delivery services in approximately half their stores by early next year, the company said in a statement. Investors responded positively to the news as Target shares climbed about 3 percent on Wednesday, from $60.85 a share to $62.69.

At launch, Target shoppers will be able to use Shipt to deliver groceries, essentials and home electronics, seemingly putting the company in a better competitive position with Amazon, which recently acquired Whole Foods and has its own subscription-based delivery program. Both Amazon and Walmart have been expanding same-day delivery options.

Target executive vice president and chief operating officer John Mulligan said that by the 2018 holiday season, the company will be able to offer same-day delivery in every major market.

“With Shipt’s network of local shoppers and their current market penetration, we will move from days to hours, dramatically accelerating our ability to bring affordable same-day delivery to guests across the country,” Mulligan said in a prepared statement.

Shipt will be a wholly-owned Target subsidiary, and will continue to run independently. The service will cost $99 a year for unlimited deliveries for orders over $35. Orders under the $35 threshold come with a $7 fee.

Shipt works via a network of contracted shoppers who use an app to fulfill orders and deliver them to customers using their own cars, in a way similar to rideshare platforms like Lyft or Uber. Shipt’s direct competitors include grocery delivery services like Instacart and Freshdirect, or more broadly, Postmates. (Target has also teamed up with Instacart for its grocery delivery.)

With Shipt, the shopper is the same person who delivers the items, and customers can rate their performance.

“We also recently built a rating system that allows customers to give feedback in real-time. If they rate a shopper highly, they are more likely to be paired with them again,” Shipt CEO Bill Smith said in Q&A Target posted to its site after the announcement.

Founded in 2014, Shipt is headquartered in Birmingham, Alabama, has offices in San Francisco, and operates in 72 markets, though not yet in the Twin Cities. The company says it has more 20,000 shoppers in its network. Smith will remain in his current role, reporting to Target COO, John Mulligan. All Shipt employees are expected to keep their jobs.

“Partnering with Target and the national scale they provide allows Shipt to further accelerate our growth, bringing our service to more people, in more markets across the country,” Smith said. “We’ll continue growing our marketplace and membership base, working with a variety of retailers to drive scale and efficiencies.”

This is the second company specializing in delivery and logistics Target has acquired this year. In August, Target purchased Grand Junction, a San Francisco-based transportation technology company, for an undisclosed sum.