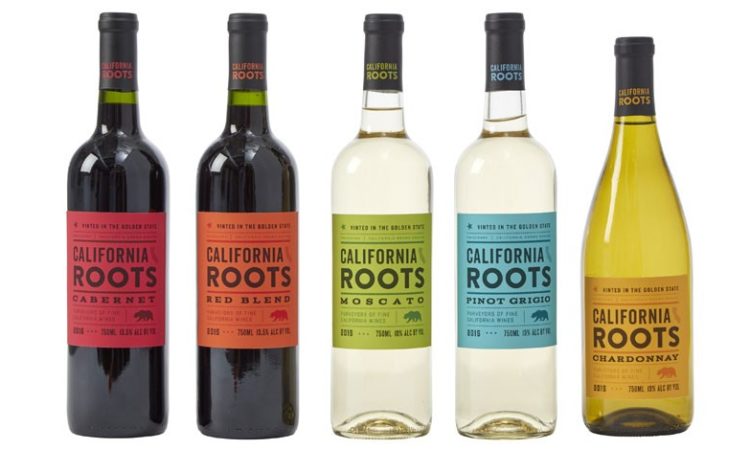 Alcoholic beverages are among the fastest-growing categories at the retailer's stores.
By Andre Eggert
August 29, 2017

Target is releasing a new line of wines priced to compete with the likes of Trader Joe’s Charles Shaw brand without sacrificing on taste.

The Minneapolis-based retailer is rolling out California Roots, which it said is “crafted with premium, California-grown grapes” and priced at $5 per bottle—just above the $3 per bottle price of Charles Shaw, which is affectionately known as “Three-Buck Chuck.”

The five initial wines include a chardonnay, pinot grigio, moscato, cabernet sauvignon and a red blend.

“We think [our guests are] going to love California Roots,” Jeff Burt, Target’s senior price president of food and beverage, said in a statement. “These wines are just the right blend of incredible quality and amazing value.”

The new line will join Target’s boxed wine brand, Wine Cube, as an exclusive in its liquor aisle. The company said wine, beer and other adult beverages are among the fastest-growing segments in its stores.

The release is part of a top-to-bottom refresh of Target’s in-house brands to revive the company’s cheap chic image. Over the next two years, Target is phasing out worn-out brands like Merona and Mossimo and rolling out 12 new ones across its apparel and home departments, such as A New Day (women’s), Goodfellow & Co (men’s) and Project 62 (a midcentury modern-inspired home goods line).

The retailer is also investing $7 billion to remake it stores as it competes with Amazon, Walmart and smaller-format retailers.