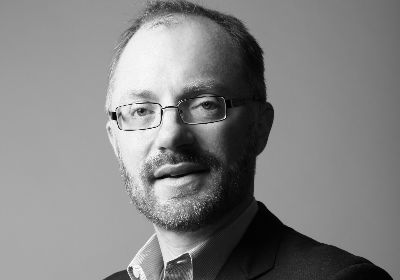 Jason Goldberger, the company’s new senior vice president of target.com and mobile, has a history of working in online retail.
February 01, 2013

Target Corporation announced Tuesday that it has hired Jason Goldberger as senior vice president of target.com and mobile, effective February 11.

In his new position, Goldberger—who has a background in online retail—will oversee Target’s e-commerce operations, including sales through mobile channels.

Goldberger most recently served as executive vice president for New York-based online retailer Gilt Groupe, where he was responsible for its home, gourmet food, and kids businesses, as well as companywide business development. During his time at Gilt, he led the launch of a new website for the retailer’s home products business and grew that business by more than 40 percent, according to Target.

Prior to that, Goldberger was senior vice president of marketing and merchandising at Hayneedle, an Omaha, Nebraska-based online retailer that sells home decor and outdoor products. He has also worked at Seattle-based e-commerce giant Amazon.com, where he spent eight years.

“We are very excited that Jason has agreed to join the Target team,” Casey Carl, president of Target’s multichannel division, said in a statement. “Jason’s leadership, experience, and skills in merchandising, marketing, and online channels will help us on our journey towards providing guests a seamless and integrated Target experience.”

Goldberger joins Target at a time when the discount retailer is ramping up its e-commerce operations. The company last week unveiled a number of online-only brands, including one that was developed by Minneapolis-based furniture maker Blu Dot, in an effort to set itself apart from other online retailers.

The company also announced earlier this month that it will match prices with select online competitors year-round. The move extends its holiday season price-matching policy that ran from November 1 through December 16.

Target is Minnesota’s second-largest public company based on revenue, which totaled $68.5 billion in its fiscal year that ended in January 2012. The company plans to release financials for its new fiscal year in February.