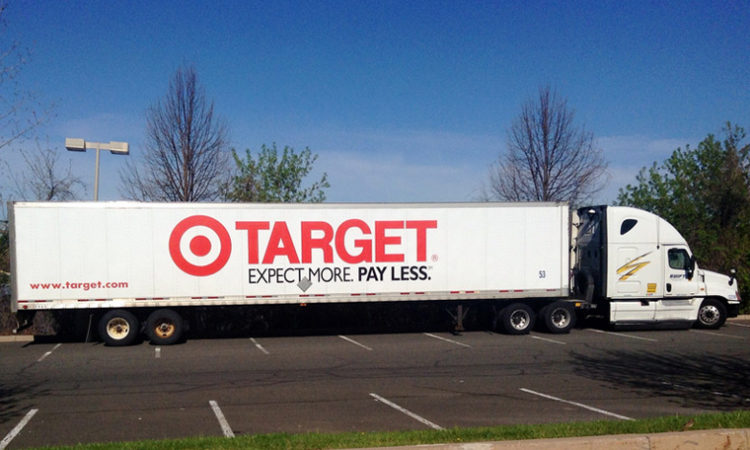 The move comes amid a strategy shift toward online orders.
By Burl Gilyard
February 06, 2018

Minneapolis-based retailer Target Corp. is pulling the plug on a large e-commerce distribution center in Memphis that only opened in mid-2015.

The move will mean layoffs for the center’s 486 employees. But those workers are not Target employees: they work for Radial, a third-party logistics firm that operates the facility for Target.

Target spokesman Eddie Baeb confirmed the decision in a statement: “While Target does not disclose details about relationships with vendors, I can confirm we are not renewing our contract for e-commerce fulfillment at the Memphis facility. The decision comes as Target is making significant long-term investments in our team and business. As part of these efforts, we have enhanced the capabilities of Target-operated distribution facilities and expanded the number of stores we use to ship online orders. We will shift the online order capacity from Memphis to Target facilities and to our stores – so that we can provide more efficient and faster deliveries to Target guests.”

News of 914,000-square-foot facility’s closure surfaced last week in Memphis when Radial filed a WARN notice on January 30 with the Tennessee Department of Labor and Workforce Development. The federal Worker Adjustment and Retraining Notification (WARN) Act requires companies to provide 60-day notice for layoffs of more than 100 employees.

In an email to Twin Cities Business, Radial president and CEO Pierre Winand declined to discuss the company’s contract terms with Target. But Winand noted: “Radial will cease our operations from the Memphis fulfillment facility on or before April 30, 2018.” (Radial is based in King of Prussia, Pennsylvania. Belgium-based Bpost acquired Radial for $820 million in November.)

Target’s decision to exit the Memphis e-commerce operation underscores the accelerating pace of change for brick-and-mortar retailers. A Target press release from February 2015 — noting that the company was lowering its free shipping minimum for online order to $25 — touted the then-pending opening of online fulfillment centers in Memphis and York, Pennsylvania to improve shipping for online orders.

But in March 2017, Target CEO Brian Cornell unveiled ambitious plans to spend $7 billion to redesign many of its stores, including separate entrances for customers to pick up online orders and groceries. The strategy shift included an increase in shipping online orders directly from stores.

“Target is focused on turning their stores into these mini-fulfillment centers,” said Ben Antenore, an analyst who follows Target for London-based Kantar Consulting, a global sales and marketing consulting firm.

Is the plan working?

In January, Target reported better-than-expected results for the holiday sales season with a 3.4 percent increase in comparable store sales during November and December. (Comparable store sales compare revenue at stores that have been open for at least a year.) The company’s statement added that its stores fulfilled 70 percent of online orders during November and December.

When Target selected the Memphis site, it landed significant public subsidies for the project. Documents on the web site of the Economic Development Growth Engine (EDGE) for Memphis and Shelby County outline the deal: Target committed to spending $52.3 million on the Memphis facility and pledged to create 462 jobs with an average annual salary of $28,456. In exchange for its investment, the 15-year agreement called for $12.2 million in tax abatements for Target. (The building is owned by Memphis Industrial Park Investors Inc., not Target.)

“They’ll need to withdraw from the program,” said Nora Boone, EDGE’s director of marketing and communications, in reference to Target.

EDGE did not receive any advance warning about Target’s plans to end its contract for the e-commerce fulfillment center.

“We found out when everyone else found out,” said Boone.

Target reported net income of $2.7 billion on sales of $69.5 billion for its fiscal 2016. Target is due to announce its fourth quarter and full-year fiscal 2017 results on March 6.