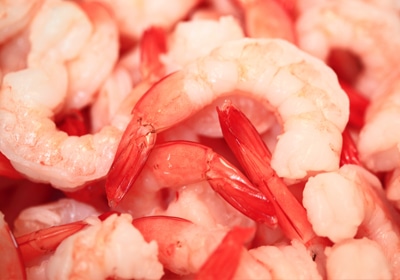 The Associated Press found that supermarkets in all 50 states offered shrimp from farms in Thailand that have exploited workers for years.
December 24, 2015

An Associated Press investigation released on Monday found more than 150 U.S. brands, retailers and restaurants have been buying shrimp from processing factories in Thailand that enslave migrant workers and children. Among the list of businesses linked to the Thai shrimp exporter are Target and Stillwater-based grocery chain Cub Foods.

AP reporters found that thousands of workers (getting little or no pay) were locked in hundreds of sheds or boats across the country for roughly 16 hours a day while being forced to peel shrimp. Refusal to work typically led to physical abuse.

Companies that spoke with the AP condemned the labor abuse practices that were uncovered, and some said they would be launching their own investigations. TCB reached out to Eden Prairie-based Supervalu (owner of Cub Foods) and Target for comment.

In an emailed statement, Target said it is “poised to meet our goal to make all of our Fresh and Frozen seafood sustainable and traceable by the end of this fiscal year. As part of that traceability commitment, we’ve been vigilant in evaluating our own supply coming out of SE Asia and continue to work with a wide range of stakeholders (industry, NGOs, government, etc.) to address human rights violations. We hold ourselves to the highest ethical standards, and we expect our partners to do the same.” The Minneapolis-based retailer added that it “will not knowingly work with any company that does not comply with our Standards of Vendor Engagement.”

The shrimp linked to human trafficking was sold by brands at a number of food stores with Minnesota locations, including Aldi, Family Dollar, Hy-Vee, Petco, Wal-Mart and Whole Foods. Supermarkets in all 50 states were found to be carrying the shrimp under investigation. Popular restaurants Red Lobster, The Capital Grille, Olive Garden and many others also have served shrimp peeled by slave labor.

A full list of brands, retailers and restaurants was provided by AP this morning.