Surly Brewing Company intends to have a firm under contract by mid-year, and it hopes to have its new $20 million brewery "in full production" as early as 2014.
April 01, 2012

Surly Brewing Company is taking another step toward building its planned $20 million brewery.

The Brooklyn Center-based company recently announced that it is seeking requests for qualifications from companies that provide architecture, engineering, interior design, and landscape architecture services.

Surly in August hired Minneapolis-based real estate advisory firm Tegra Group to assist in the development of its new $20 million “destination brewery” featuring a beer garden, bar, restaurant, rooftop deck, and event center. The company is looking to build a 60,000- to 80,000-square-foot facility “with a capacity for future growth.”

Tegra and Surly are seeking architecture and engineering firms “with a strong local presence” to submit information about their qualifications for designing the planned brewery.

Firms interested in submitting qualifications can learn more here. Submissions are due by 3 p.m. on Friday.

Surly said it plans to narrow the pool of applicants to between three and five firms in April, and those finalists will be invited to submit detailed proposals for the project. Surly intends to have a firm under contract by mid-year, and it hopes to have the new brewery “in full production” as early as 2014.

The site of Surly's new brewery has not yet been determined. The company wrote in its blog that “both raw land and sites with existing structures for adaptive reuse are being considered.”

Surly said that the architect selected for the project will play a role in the site-selection process: “While the Tegra Group is leading the site search effort, the overall project team looks forward to design partner insights in comparing short-listed sites.”

The process of building a new brewery began more than a year ago. In February 2011, Surly announced plans for the brewery and said it would seek a change in state liquor laws that prohibited large beer brewers from serving pints of their beer on-site.

Governor Mark Dayton signed the so-called “Surly Bill” into law last May, creating a new type of type of brewer license called a taproom license, which allows breweries like Surly to sell pints of beer directly from their breweries. 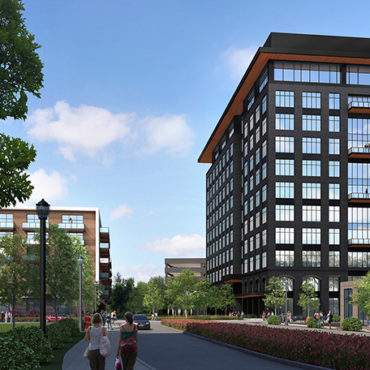