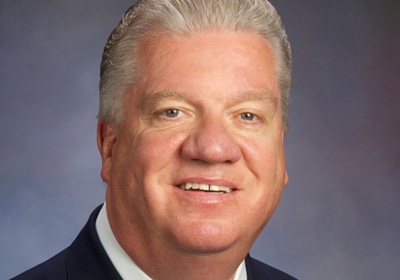 While reporting disappointing second-quarter financial results, Supervalu said that it is in “active dialogue with several parties” regarding a potential sale.
October 28, 2012

Eden Prairie-based Supervalu, Inc., on Thursday reported a net loss and decreased earnings for the quarter that ended September 8—but the company’s stock price rose, presumably in response to news that the company is actively talking with potential suitors.

The company’s earnings fell short of the 13 cents per share that analysts polled by Thomson Reuters were expecting.

Revenue, meanwhile, totaled $8.04 billion, down about 4.6 percent from $8.43 billion during the same period a year ago. Analysts were expecting $8.01 billion.

That uptick may be driven by buyout possibilities: Supervalu in July announced that it was reviewing “strategic alternatives”—including a possible sale—and the company said Thursday that the review “is proceeding.”

“The company has received a number of indications of interest and is in active dialogue with several parties,” Supervalu said, adding that there “can be no assurance” that the process will result in a sale.

President and CEO Wayne Sales said in a statement that the company has “accomplished a number of important steps” since he took the reins in July, including a refinancing of its credit facility, a restructuring of the company’s leadership team, and the announcement of 60 planned store closures.

“Our team is aggressively focused on four key strategic imperatives necessary to improve our business: driving profitable retail sales, growing Save-A-Lot, building our network of successful independent retailers, and reducing costs,” Sales said. “I am excited by the progress we have made in defining our key strategies and specific initiatives within each segment of our business.”

Sales also said that the company recently altered its pricing strategy for its Jewel-Osco stores and is “pleased with the initial results.” Furthermore, increased cash flow has allowed the company to pay down its debt: It expects to reduce its debt by between $400 million and $450 million during its current fiscal year.

Supervalu is among Minnesota’s five largest public companies based on revenue. It serves customers through a network of approximately 4,400 stores and has about 125,000 employees. The company reported a net loss of $1 billion on net sales of $36.1 billion in its most recently completed fiscal year. In July, it suspended its quarterly dividend, as well as its same-store sales and earnings guidance for the current fiscal year, which ends in February.