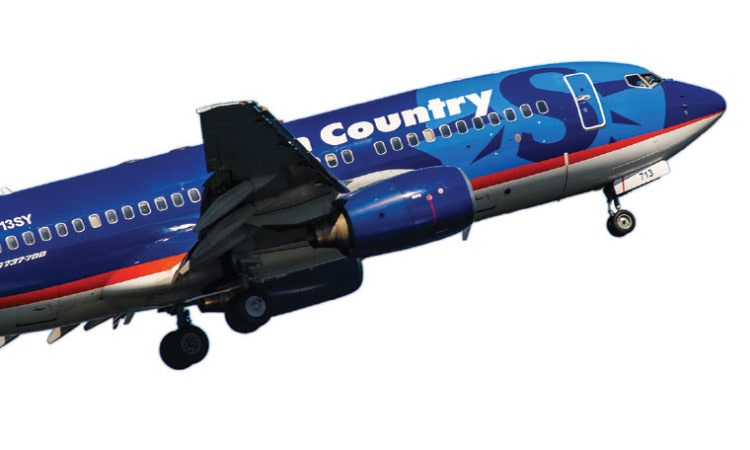 After a year of growth, the airline looks to smooth out the rough edges in its operations.
By Adam Platt
March 09, 2020

A year ago I sat down with Sun Country Air CEO Jude Bricker, not long after the airline announced an ambitious plan to realign its business model. The goal was to grow: more planes, destinations, profits, employees—in pursuit of a critical mass that would allow its new owners, Apollo Capital Management, to eventually sell the airline or take it public for a tidy profit.

Sun Country was an oddball in scale, operations, and business model. Bricker, who joined the airline just before the Davis family sold the carrier to New York-based Apollo, felt the only viable niche was as an “unbundled” carrier for vacationers. He decided to cut fares to put it at parity with Spirit and Frontier, the bare-bones carriers that charge for every amenity, from a seat assignment to carry-on bag.

SY (its industry code) was spending too much on airport operations at MSP, so it outsourced and reduced staff. Part of why it ran so labor-intensive was it lacked basic technology to let customers manage their bookings. Today customers can book, check in, or rebook online.

As the carrier begins its busiest six weeks of the year, I sat down with Bricker to see if the occasional news reports of airport chaos indicated SY was struggling with its new model. I’d flown it a few times last year and saved a ton of money to Chicago over the prevailing fares on other carriers. I experienced inconsistency in the customer experience. Operations at MSP seemed sloppy and at times lacked the professionalism you see at competitors. Crews varied from savvy veterans to rather indifferent youthful newcomers.

Most of my flights were late, but not egregiously so. Bricker says labor shortages at MSP during the morning peak have hampered its ability to dispatch planes. And planes that start the day late generally stay that way.

“Throughput in MSP is up 36 percent, which has challenged ground handling, particularly with bags,” he says. Sun Country gets a lot of checked bags because it charges for carry-on bags. Flight volume is also up 9 percent at MSP.

Sun Country has taken steps to avoid a repeat of the devastating April 2018 snowstorm. SY needs 200 employees at work by 4 a.m. on a Saturday in March, he says. “When we have a snowstorm, I still need 200. When you’re an hourly wage earner and there are options doing other [jobs], we have very high attrition during those events.”

SY now has a call center in Las Vegas and its MN-based agents can take calls from home. It leases only two seasonal aircraft instead of five, so the odds an aircraft will have to be returned to a lessor rather than fly a rescue flight is reduced. But Bricker adds that the biggest cause of that meltdown was a multihour closure of MSP airport runways.

“Airport closures used to be really rare, but we’ve had several since I’ve been here,” he notes. “My feeling is if snow is an inch an hour or less, we should be able to operate.”

Bricker admits the customer-facing side of business took a hit over the last year. He expects 2020 to be a year of refinement. “We can focus on service delivery. Be better at bags. Try to get planes cleaner. On-time needs to be improved,” he says. “We do great on days when we’re not at peak. But during holidays and spring, when we grow capacity to service demand, we struggle.” At press time, SY hadn’t canceled a flight in 138 days.

The fleet is headed up from 20 to 33 planes, and new destinations have been added. “Thanksgiving through Easter is about getting more people to where we already fly,” Bricker says. He calls it “same-store sales.” In summer, it’s about servicing new markets “to keep things interesting for [local] travelers.”

Catering to specific markets, Sun Country is building minibases of operations in Portland, Oregon; Madison, Wisconsin; Dallas, and St. Louis. Hawaii flights in summer from the West Coast have been winners, he says. “The key to Hawaii is to fly when there’s demand.” That’s in summer, when SY has extra capacity.

Sun Country has also grown with flights you’ll never buy a seat on. It flies a substantial charter business for customers, particularly the U.S. military. And it’s building a partnership with Amazon to use dedicated aircraft to ship products during Amazon’s autumn peak, typically the airline’s slowest season.

“It’s a no-risk deal,” Bricker says. “They pay us for the services, and it balances us out. We’re busy in winter and summer.” Given slack demand in fall, SY needs something for its crews and aircraft to do, if it is to maintain the scale of the airline to meet the elastic demand of March. “We double September [operations] to do March.”

On the metrics side, Bricker says the airline has cut average fares $25, and operating profits are up 700 percent over a year earlier. A popular industry metric, cost per available seat mile stands above 6 cents, down 20 percent since Bricker’s arrival. “That’s long-term sustainable” for the capital markets and analyst community, he believes. And “dramatically better than Alaska, JetBlue, and Southwest.”

A Marketing Lesson in the Supply Chain
The New Watchdog
Game-Changing Commercial Real Estate Developments
Can We Survive Iowa?
See all stories by this author > 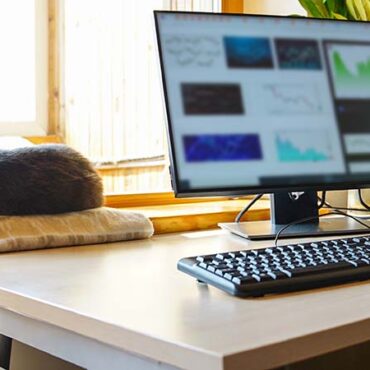 The Price of Remote Work