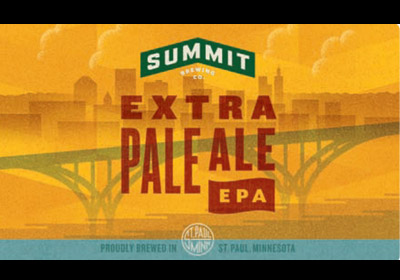 Summit Brewing Expands Again, Will Put Its Beer In Cans

Summit recently paid $2.3 million for a building that will house a new canning line.
November 03, 2013

Summit Brewing Company, fresh off a nearly $7 million expansion of its St. Paul brewery, is growing yet again—and it’s gearing up to begin selling some of its beer in aluminum cans.

Summit was founded in 1986 and is Minnesota’s second-largest brewery based on barrels produced in the state. Late last year, it began an expansion that added 7,632 square feet of cellar space and doubled annual production capacity to 240,000 barrels at its St. Paul facility. That project was completed last month.

Apparently thirsty for even more growth, Summit has now paid $2.3 million for a building located behind its brewery, according to real estate records, which indicate that Summit purchased the facility from Twin City Tile & Marble Company.

The recently acquired building is roughly 40,000 square feet and sits on 3.5 acres. Summit plans to move its sales, marketing, and administrative staff into the space, which will also house warehousing operations, according to Summit spokesperson Carey Matthews.

The company is renovating the space and hopes to have its offices and warehousing up and running in January.

The new space will also house a canning line, which Summit aims to begin operating during the second quarter of 2014, Matthews said. The company is still determining which of its beers will be made available in cans, which will feature recently unveiled artwork designed by Minneapolis-based Duffy & Partners. (Summit also recently revamped its logo.)

Here’s a look at the new labels, which will appear on Summit’s bottled beer beginning in December and later on the company’s canned products:

Twin Cities Business caught wind earlier this year that Summit was eyeing a canning line, but a company spokesperson said at the time that plans were not solidified. Craft brewers have increasingly been shifting to aluminum cans. For example, Brooklyn Center-based Surly Brewing Company sells most of its beers in 16-ounce cans. Cold Spring Brewing—which, in addition to producing proprietary brands, brews other beers on contract—told Twin Cities Business that its canning lines have proven “extremely valuable.” Cold Spring cans beer for White Bear Lake-based Big Wood Brewery and Minneapolis-based Finnegans, among others.

Summit expects 2013 production to hit roughly 125,000 barrels this year, marking 10 percent growth over 2012, Matthews said. Taking advantage of its expanded cellar and the new canning line, the company has set a goal of 12 percent growth next year.

Summit is not alone in its fast-paced expansion. For example, Surly is gearing up to build its $20 million “destination brewery,” and Fulton Beer recently unveiled plans to add a 51,000-square-foot production facility in Northeast Minneapolis, which will allow it to boost capacity and expand distribution outside the Twin Cities. Meanwhile, a number of other local breweries are adding so-called “taprooms.”

Summit was one of four Minnesota breweries that recently won awards at the national Great American Beer Festival.