Business worries that politics will get in the way.
August 01, 2011 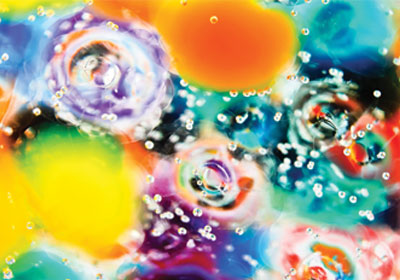 A bill introduced during the 2011 legislative session has Matt Kyle re-evaluating his plans to keep Circle Biologics, his Plymouth-based start-up, in Minnesota for the long haul. Legislation that would have banned human cloning was ultimately included in a larger omnibus bill and vetoed by Governor Mark Dayton. But Kyle and other opponents of the bill fear that the issue hasn’t been put to rest.

“No one that I’m aware of believes that human cloning is a reasonable thing to be doing,” Kyle says, explaining his personal view on cloning. But Kyle and others with Minnesota firms worry that bills like the one authored this year by Senator Michelle Fischbach, a Republican from Paynesville, are ambiguous in their restrictions and could prompt companies and investors to stop supporting stem-cell and other cutting-edge research, such as the cloning of tissue and organs for use in treating disease.

“By having this sort of legislation floating around out there and creating uncertainty . . . that is going to chill both investment and development of firms in the state,” Kyle says. He believes that firms in the biomedical arena, regardless of what they do, get grouped together in the minds of investors and the public, so a law that hurts some firms is a law that hurts all.

Circle Biologics—which employs three full-time workers and another 30 to 50 through partnerships with other organizations—develops and commercializes devices to advance cellular and regenerative medical therapies. It works with patient-derived cells and fluids, and doesn’t clone them. But Kyle would love to see Circle eventually commercialize some of the U’s breakthrough biomedical technology.

“If the U’s not a world leader in this area, my chances of continuing to look to the U or partner with them start to go down,” he says. “My natural inclination is to start looking east to Boston or west to California.”

In essence, Kyle and others fear, a cloning ban sends a signal that Minnesota is against breakthrough research.

“If you were going to invest a lot of money and go into a state, would you put your money into a state where every time you move forward, you’re going to be accused of being in violation of the law?” asks Dale Wahlstrom, CEO of LifeScience Alley and the BioBusiness Alliance of Minnesota. “You’d go someplace where there’s less risk.”

Proponents of a human cloning ban say that such a restriction would still allow many kinds of research to continue, including stem-cell research using adult cells and not relying on the destruction of embryos.

In an e-mail in late June, Senator Fischbach said that “the future of this legislation remains unclear,” particularly because, at that date, the unresolved state budget was a priority. “The legislation I proposed only addresses the initial creation of embryos, not stem cells or research with stem cells,” Fischbach continued. “Every stem-cell success for patients to date has used non-embryonic, non-controversial stem cells, and we hope and encourage that activity to continue while respecting the dignity and welfare of human life.”