St. Paul’s Recombinetics Gears Up For Commercialization Of Gene-Editing Technology

With ties to U of M and Mayo Clinic, the start-up seeks to build on state’s genomics expertise.
By TCB Staff
August 27, 2016

The business of gene editing—that is, modifying the genomes of livestock animals through the use of high-tech “molecular scissors”—seems a natural fit for Minnesota, given the state’s agricultural heritage and its star-studded expertise in genomics through the University of Minnesota and Mayo Clinic.

Now a St. Paul-based start-up that’s pushing the envelope in applying animal gene editing to human health concerns is capitalizing on that synergy, and its leaders say they’re aiming to cement the state’s status as the undisputed leader in the quickly emerging technology.

Recombinetics Inc., headquartered in the Menlo Park St. Paul biotech incubator along University Avenue, this summer is gearing up for commercialization after bringing in new board members and a new CEO — former General Mills executive Ian Friendly. It has since added more key scientific personnel while working to complete a $10 million equity financing from individual investors.

Company founder Scott Fahrenkrug, a molecular geneticist and former U of M animal science professor, says Recombinetics is in expansion mode after making some important advances in its gene editing technology. Now it’s moving on to the commercialization phase with hopes of making big dents in three markets: livestock health, human medical research and regenerative medicine. Each of those markets is worth billions, and the company has separate divisions for addressing them.

In May, the company moved to tap Friendly as CEO, Tammy Lee Stanoch as chief corporate affairs officer, and added six new board members, including Perry Hackett, co-founder of the Center for Genome Engineering at the University of Minnesota. Now Recombinetics is ready to leverage its strategic relationships with Mayo and the U of M – and Minnesota’s farm-friendliness — to help “accelerate” the genomics industry here, Fahrenkrug told TCB.

“There’s no doubt that the ‘center of the universe’ for gene editing is not Boston or San Francisco, but Minnesota,” he said. “It’s really a grassroots presence here, and part of the reason for that is the emergence of the Center for Genome Engineering at the U of M.

“There’s also a synergy with the medical device industry in Minnesota and with Mayo Clinic. And that’s really the point – we want to be an ‘accelerator’ for the growth of some of the businesses that are already here, and you’re not going to be able to take advantage of these opportunities with animals on the east or west coast. They don’t like the ‘smell of money!’”

The key to Recombinetics’ technological advantage is its “molecular scissors,” used to precisely “snip” the intertwined strands of animal DNA and insert or delete genetic material to produce the desired effects. Called TALENs (Transcription Activator-Like Effector Nucleases) and CRISPR/Cas9 (Clustered, Regularly Interspaced, Short Palindromic Repeats), both platforms can cause a double-strand break at nearly any target.

One example of how Recombinetics is using its technology in human disease research is an ongoing project to develop a line of genetically-tailored pigs to help find a cure for phenylketonuria (PKU), one of the most common inborn errors of human metabolism.

PKU is due to an inherited deficiency of the enzyme phenylalanine hydroxylase and can lead to severe brain damage or other serious health problems unless a strict dietary regime in maintained throughout life. In a project funded by a $355,000 U.S. Small Business Innovation Research (SBIR) grant, Recombinetics is breeding a line of phenylalanine hydroxylase-deficient pigs to serve as models for new treatments that can’t be replicated in mice. By providing a large animal model, the company is allowing disease researchers to bridge an important gap in proving the safety of new treatments before bringing them to human clinical trials. 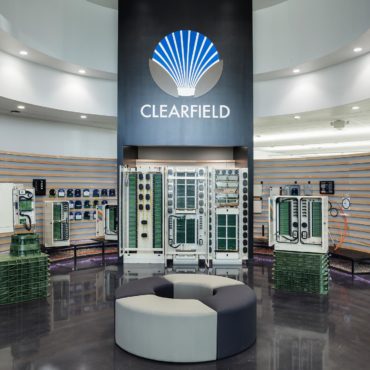