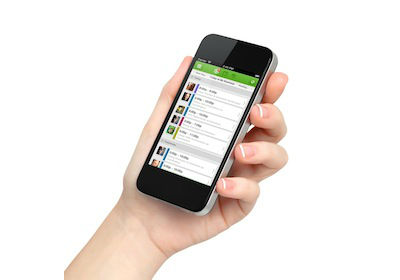 ThisClicks, a St. Paul-based mobile technology company, announced Wednesday that it will add employees and expand its current software offerings after receiving $4 million in funding from three outside investors.
January 18, 2014

ThisClicks, LLC, a technology firm that develops mobile- and cloud-based business management software, raised $4 million in its first round of Series A funding.

A ThisClicks spokeswoman told Twin Cities Business that the funding will allow the company to add six new employees to its existing 10 during the next few months. Those employees will consist of engineers, developers, and sales and marketing representatives.

She added that the funding will allow ThisClicks to move to a larger facility in St. Paul to accommodate continued growth.

CEO Chad Halvorson said that the funding will also allow his company to ramp up product development, including versions of its software for Android-powered tablets and iPads.

Currently, ThisClicks offers two business management software products targeted at businesses with hourly employees: “When I Work” and “WageBase.”  When I Work, which was the high-tech division winner at the 2013 Minnesota Cup, is a mobile-based platform that allows employers to use text messages, emails, and social media to communicate with employees and manage their schedules. Meanwhile, the WageBase software uses mobile technology to track hours, attendance, and payroll for hourly employees.

“Almost 60 percent of the American workforce is an hourly employee, and many small businesses need a better way to schedule and communicate with those workers,” Halvorson said in a statement. “Business software should be easier, smarter, more refined, and focused like a laser on the end-user—with just five minutes to get started, not a painful five months.”

According to the firm, approximately 3,000 companies (including The UPS Store, Aspen Snowmass, and SoundCloud) and 200,000 employees worldwide (primarily in the United States, Canada, the United Kingdom, Europe, and Australia) currently use “When I Work” and “WageBase.”

Founded in 2010, ThisClicks reported double-digit user growth each month for the last 12 months and said that it exceeded a $1 million annual revenue run rate in 2013.