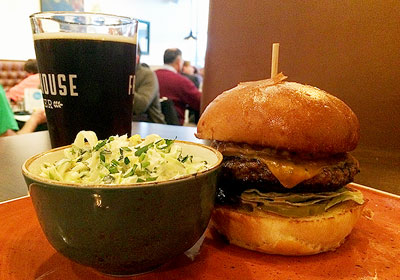 Among other things, the new laws would allow for an increase in the number of restaurants that could offer hard liquor.
December 04, 2015

Two changes to city law — one a charter amendment and the other a proposed ordinance — would allow for an increase in the number of restaurants that offer hard liquor, and make it easier for restaurants to manage their alcohol sales.

The ordinance change would get rid of a requirement that restaurants with on-sale alcohol licenses have no less than 60 percent of sales in food and no more than 40 percent in alcohol. That change was permitted by an amendment to state law two years ago, which eliminated the requirement for the ratio. The charter change, meanwhile, would get rid of ward-by-ward caps on the number of hard liquor licenses, restrictions placed in the charter decades ago that vary by ward.

In Ward 2 — which includes the West Side, Summit Hill, Railroad Island and downtown St. Paul — the number of on-sale liquor licenses is capped at 41 for everything but downtown, where there is no cap. In Ward 3, which includes Highland Park and Macalester Groveland, the limit is just seven. In Ward 4, in the northwest part of the city, the cap is set at 16.

Under current rules, three of those wards are at their limits for on-sale liquor licenses, a fact that has left restaurants with the option of serving beer and wine only, looking for locations in other wards (or cities), or hoping for an existing restaurant with a liquor license to go under.

“When I got elected [in 2011], the economy was just coming back and I got a call once a month from someone who wanted a liquor license,” said Ward 3 Council Member Chris Tolbert, a sponsor of the changes. “There’s no rhyme or reason behind [the caps]. It was just how many you had at the time.”

In the years since, however, the wards with the smallest allotment of licenses have seen both growth and a demand for restaurants. That will only increase with anticipated development at  the old Ford plant site, the West Side flats and the Midway soccer stadium area.

One indication of the potential demand for on-sale liquor licenses in some wards is the number of restaurants with beer and wine licenses. Of the 91 such license in the city, 67 are in the 2nd, 3rd and 4th wards, according to city reports. Three of those are held by Blue Plate Restaurants Co., which is based in St. Paul but has restaurants across the Twin Cities.

“I’m on record saying I want to serve martinis at Scuzi and Bloody Marys at Highland Grill,” said David Burley, chief executive officer of the company. Burley expects the changes to pass but he said he is also taking advantage of a rare happening. The city is planning to hold a lottery for restaurants in Ward 3 to decide which will get a license that became available when the 7th Street Tavern (which had formerly been a Champps) closed.

60/40 rears its head again
Complaints from restaurant owners about the 60/40 rule mirror those raised in Minneapolis last year before that council got rid of the ratio (along with a similar 70/30 rule for neighborhood restaurants that required a public vote). While the rules were meant to keep restaurants from morphing into bars, the ratio was born in an era when beer and wine was cheaper compared to food items. Blame — or credit — goes to the boom in craft beers.

“If you sell beer, it’s hard at our price point to stay legal,” Burley said. “A beer is seven or eight bucks and if you have two, with a burger costing eight or nine bucks, you’re out of compliance. Is it a problem for us? It’s a problem for all restaurants.”
Restaurants are not obligated to keep every meal served within the ratio, but it adds up over time, and makes it difficult for the businesses to end the month or the year within the rules.

First, however, the council had to set the issue for a public hearing, something it did Wednesday. That hearing is Dec. 2. Once that happens,the council could approve the change before the end of this year, and before two new council members take office in January. It would take effect 90 days later.

Liquor Law 101
St. Paul has a complicated batch of laws governing alcohol sales, some based in state law, some in the charter, some in ordinance. And then it has licensees grandfathered in under old rules when those laws were changed in 1990 and 1995. Dan Niziolek, deputy director of the city’s safety and inspections department, describes a presentation he gives to business and neighborhood groups “Liquor Law 101.”

The changes being talked about relate only to restaurants. Bars and cocktail lounges that don’t have substantial food service are permitted only in the downtown and in areas designated by the city council as commercial development districts. Development districts — which sometimes function as a work around when ward caps have been reached — can be as large as the area around the former Schmidt Brewery and as small as the parcel that holds a Chipotle on Ford Parkway at Highland Crossing (margaritas are on the menu). A new district is proposed for University Avenue along the Green Line LRT.

Restaurants in St. Paul are currently defined as establishments that serve food and alcohol but that count at least 60 percent of their gross receipts in food.

Once the 60/40 ratio is removed from the code, a longer list of requirements will make up the definition. A restaurant must gain “a substantial amount of its income” from sale of food and non-alcoholic beverages. The proposed definition will also lower the seating capacity to 30 from 50 but would not allow service of alcohol to someone not seated “at an eating surface” unless they are on the waiting list for a table.

Unless covered under a grandfathered rule, restaurants outside of downtown would have to close by midnight. That proposal drew criticism from the state Licensed Beverage Association, which otherwise supports the changes.

“If a new bar/restaurant is required to close at midnight while their established neighbors are open until 2 a.m., an operator might choose not to invest in a new facility only to start off at a competitive disadvantage,” wrote Tony Chesak, executive director of the association.

But Tolbert said the city is trying to balance the desire for more restaurants with concerns they not cause problems in the neighborhoods: “A lot of this work is going to capture that balance perfectly so we can have viable, thriving restaurants but at the same time not create problem bars. I’m not trying to create Ford Parkway Party Row.”

Making St. Paul’s liquor laws more flexible than Minneapolis'
Despite the length of the new definition, Niziolek said it will make it easier to enforce and will be simpler for restaurant owners than the 60/40 rule.
“We’ll have strong regulations to assure that a restaurant is a restaurant,” Niziolek said.

The changes have drawn little opposition during council or charter commission meetings. Many of the neighborhood and business groups in the wards subject to the tightest caps have expressed support. The Highland District Council resolution said the changes would “support established neighborhood restaurants and encourage the development of more quality restaurants.”

The charter change would make St. Paul’s restaurant liquor laws more permissive than Minneapolis’, which does not allow hard-liquor licenses in neighborhood restaurants. Niziolek said he doesn’t expect all the restaurants who get permission to sell hard liquor to have full-service bars. He said many just want to be able to offer cocktails with a meal in addition to beer and wine.

“They want to be able to serve specific drinks, a signature or boutique cocktail,” he said. That, he said, will strengthen the city’s growing restaurant scene.