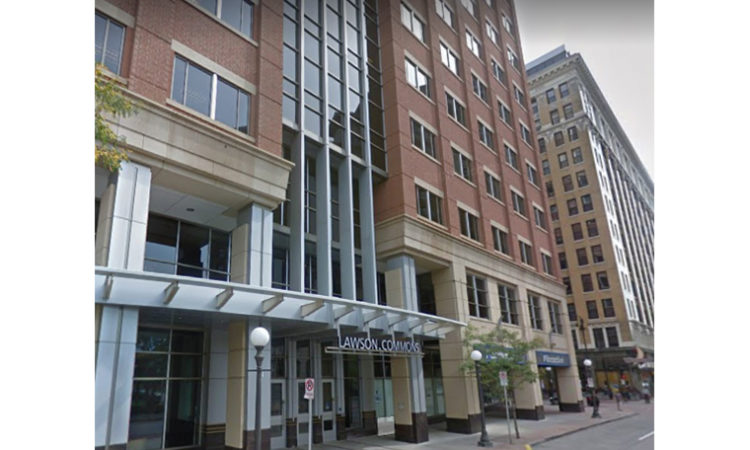 The company had been operating from 380 St. Peter Street in St. Paul (Photo via Google Maps)

Late last week, Greenwich, Connecticut-based Atlas Holdings announced that it has wrapped up its $90 million acquisition of Flagstone, which previously operated as the snacks division of TreeHouse Foods Inc. Flagstone manufacturers and distributes private-label healthy snack foods throughout North America.

In a news release, Atlas officials said Flagstone will be headquartered in Minneapolis. The company had been headquartered at 380 St. Peter Street in downtown St. Paul. What the acquisition means for the St. Paul headquarters remains unclear.

Seven years ago, the city of St. Paul granted Flagstone an $80,000 loan on the hopes the company would stay downtown, according to a 2014 report from the St. Paul Pioneer Press.

News of the acquisition comes as TreeHouse continues to struggle to turn a profit. In the second quarter, the company reported a $171.8 million loss, marking a steep increase from a loss of $19.5 million in the same quarter last year.

Robert Moskow, a Credit Suisse analyst, said the sale of Flagstone marked a positive step in TreeHouse’s “effort to reduce the complexity of its portfolio and improve its operational effectiveness,” according to Food Business News.

“The snack nuts business kept losing customers, and it operated at a very thin margin due to its commoditized nature. It is time to cut bait,” Moskow said, according to the publication.

Flagstone employs more than 800 workers at its plants in North Carolina, Texas, and Alabama. However, many members of Flagstone’s leadership team have been “historically located in the Minneapolis area,” Atlas said in a statement.

“This is very much a continuance rather than a newly-established location,” the company said. “The Twin Cities area is home to many food companies, and therefore outstanding talent in the industry. We’re excited to be here and look forward to growing a new dynamic business.”

Atlas won’t be moving any of its own employees to the Twin Cities, but the company does plan on hiring from the region to build out the organization.

In the statement, Atlas added that Flagstone is an “ideal fit” because it can benefit from Atlas’ capabilities in sourcing, production, and customer service. For private-label foods, those are “critical differentiators,” Atlas said.

The company also noted that it’s had success in spinning off divisions of larger corporate companies.