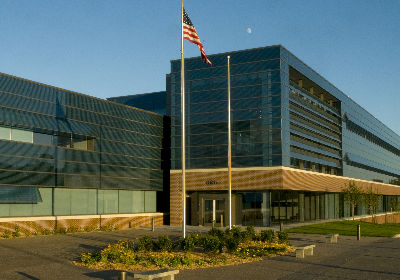 CEO Dan Starks told investors that he is not aware of any specific problems at St. Jude’s manufacturing plant in California, but said the company could receive a warning letter from regulators after the plant’s ongoing inspection is complete.
October 28, 2012

Little Canada-based St. Jude Medical, Inc., will likely receive a warning letter from health regulators about one of its manufacturing facilities, CEO Dan Starks announced during the company’s third-quarter earnings call on Wednesday.

The medical device giant’s manufacturing plant in Sylmar, California is currently undergoing a routine inspection by the U.S. Food and Drug Administration, which likely will lead to a negative report, according to company officials.

“We would not be surprised if these observations are ultimately followed by issuance of a warning letter,” Starks said during the earnings call. “[If that happens], we will respond in a way that demonstrates our top priority is patient safety and quality assurance.”

Starks declined to reveal why the company believes that a warning letter is coming but said he isn’t aware of any specific problems at the plant.

“The right process here is to have the FDA finish its inspection and . . . go from there,” Starks said, adding that the company wanted to communicate the possibility of receiving a warning letter in order to avoid surprising investors.

A warning letter from the FDA could prevent St. Jude from getting new products approved by regulators until the issues addressed in the letter are resolved, according to the FDA website.

Shares of the company’s stock plunged after the announcement and closed at $40.85 on Wednesday—down 4.87 percent.

At the Sylmar plant, St. Jude makes cardiac rhythm management products, which include pacemakers, defibrillators, and leads—wires that connect defibrillators to the heart.

And the company’s defibrillator leads have been under much scrutiny recently. Last year, St. Jude recalled its Riata line of leads amid reports of the leads’ failure. The company then launched a new line called Durata, claiming that the new leads were designed to prevent the problems seen in the older ones.

But in May, a physician reported to the FDA that one of the Durata leads failed after it was implanted in a patient. The report claimed that the lead had cables protruding through its insulation lining—the same problem seen in some of the company’s Riata leads. St. Jude said that it analyzed the failed Durata lead and found that it was damaged because it was scraping against another object within the patient’s body, and not because of a flaw in the lead.

St. Jude’s third-quarter earnings were down 22.5 percent compared to its earnings during the same quarter last year. For the quarter that ended on September 29, it reported net income of $176 million, or $0.56 per share, and net sales of $1.326 billion—down 4 percent from the same period last year. Sales from the company’s cardiac rhythm management products totaled $691 million, down 8 percent from a year earlier.

In August, St. Jude announced plans to cut 300 jobs, including 80 in Minnesota, as part of a realignment of its business units that’s expected to save at least $50 million annually.

St. Jude is among Minnesota’s 15-largest public companies based on revenue, which totaled $5.6 billion in 2011.