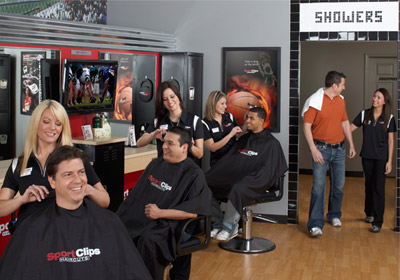 The Texas-based company competes with locally based chains, including Regis Corporation of Edina and Great Clips of Bloomington.
September 22, 2013

Texas-based Sport Clips, Inc., is looking to cut a wider path in Minnesota and North Dakota, with plans to expand to at least 70 locations in the two states in the next four years.

There are currently 26 Sport Clips Haircuts locations in Minnesota and two in North Dakota. Sport Clips opened its first Minnesota outlet in Coon Rapids in 2008.

“We’re in the backyard of Regis and Great Clips. . . . They have their niche and we have ours,” said Chelberg, who is also a Sport Clips franchisee.

The Sport Clips niche? Haircuts for men and boys in an environment with TVs that are usually tuned to ESPN.

“I think it’s just the comfortability of the stores for guys,” Chelberg said. “I think the look and feel of the store is important.”

Sport Clips, which is based in Georgetown, Texas, currently has nearly 1,100 locations.

While the oil boom is driving growth for the North Dakota economy, Chelberg said that’s driving steep prices for retail sites. He thinks that Sport Clips can ultimately have six to eight locations in North Dakota.

“The challenge is real estate out there,” he said.