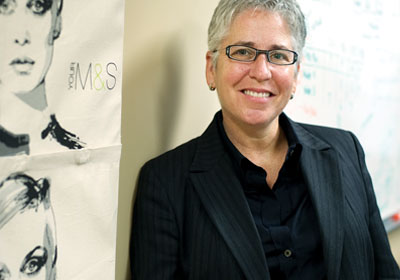 “Retail in the late ’90s and the growth of big-box retail chains was predicated on ‘If you build it, they will come.’ That just is not the case anymore.” So says Vicki Raport, CEO of Quantum Retail Technology, a Minneapolis company whose software allows retailers to track the life cycle of a product from when they buy it to when it sells. It also helps retail firms react to the unique product demand in each store location in real time, allowing for fast adjustments of inventory.

A challenging economy, volatile consumer behavior, and broadening retail channels—e-commerce, international expansion, franchising—have increased the complexity of selling and profiting in retail. As Raport notes, “You cannot rely on what happened at Christmas last year to tell you how the consumer is going to behave this year.”

Retailers do gather plenty of digitized customer data. Those data include not just point-of-sale information (price, time and date of purchase) but also market-basket transaction information (which identifies what else the customer bought during a store visit) and data that show how long an item stays on the shelf before being purchased—and whether sales of an item are slowing.

The problem: Most retailers can’t process and respond to this information quickly enough to make significant use of it. And because a retailer’s merchandise buyers aren’t in the stores, having software that provides a big picture overseeing inventory, demand, and other product information is critical.

In other words, what Quantum Retail saw, Raport says, “was a vast amount of data that was being poured into retail and retailers through their transactions that wasn’t being leveraged to optimize the business.”

Quantum’s intelligence platform, simply called Q, pulls together all that existing information from the retailer’s current computer systems to create the fuller, broader sales picture that retailers are looking for. Among other things, this allows each store to better predict future sales of an item.

Quantum Retail’s target market comprises U.S. and U.K. retailers with annual sales of $1 billion or more—mainly retailers of “fast fashion” (trendy, high-turnover clothing and accessories) and hardlines (durable goods such as appliances and electronics). Customers include Kohl’s and Guitar Center in the U.S., and U.K-based retailers New Look and Marks & Spencer. License fees for Q start at $500,000 and can go over $10 million a year for the largest global retailers, depending on their annual revenue.

Quantum Retail was launched in 2004 by a group of former Retek employees who left the Minneapolis retail-industry software firm before Oracle acquired it in 2005 (though they hadn’t known it was up for sale).

“We weren’t just technologists, but we were retail technologists,” Raport says. “And we had been working for a long time collectively with the world’s largest retailers.”

Raport and her cofounders took no salaries for two years while reinvesting everything back into the company. It’s paid off so far: From 2005 to 2009, revenue ballooned from $419,570 to $9.7 million.

“We have taken an area, technology, that was notorious for investing millions and millions of dollars and never seeing a return,” Raport says, “to having visible, provable return on investment in everything we do.”