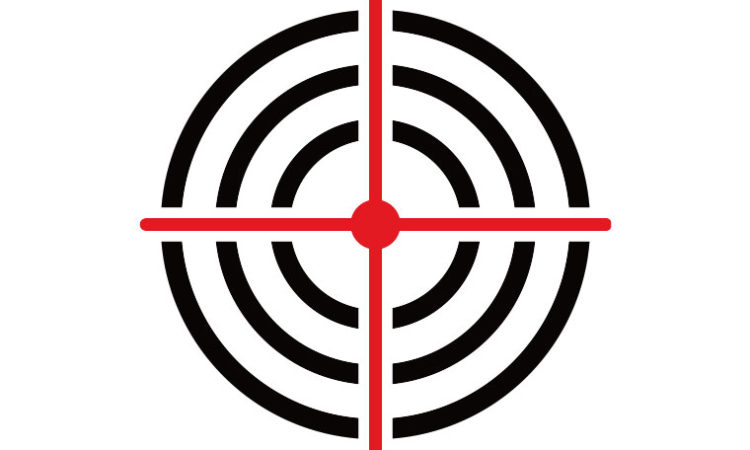 The Second Amendment is there to protect democracy, our families and our property, not cheap thrills for those who want to play with guns by shooting multiple rounds of ammunition per trigger pull.
By Dale Kurschner
May 01, 2018

Seeing someone dying unexpectedly isn’t pretty. It’s slow. Seconds feel like minutes; hope gives way to helplessness; the physicality of it all loses significance as you feel the loss of a spirit, and a stillness descend on the body like nothing you’ve experienced.

Imagine this happening to your daughter—lying on a high school floor after a kid opens fire; in her apartment, shot by an unstable boyfriend; or at work, the victim of a disgruntled ex-employee.

Every day in this country, 318 people are shot; 96 die. Every day, 46 children are shot; seven die. About 60 percent are suicide-related. But increasingly, kids are being picked off in school like fish in a barrel. And while school shootings are a small percentage of these already tragic statistics, they’re increasing at an alarming rate.

The sense that it won’t happen here is long since gone: It was only six years ago this September when seven people died and one was injured in a mass shooting at Accent Signage Systems in Minneapolis. Thirteen years ago in March, 10 died and five were injured at a high school on the Red Lake Indian reservation. In recent months, high schools in Orono and Minneapolis have had scares serious enough to lock down the school or increase security and require all students to show ID before entering each morning.

We need to do something to stop this insanity.

AR-15s, which can easily be converted into assault rifles by using bump stocks and high-capacity magazines, have been the weapon of choice in 14 mass shootings in this country since 1984. Of note: All but two have occurred just in the last six years, with four involving kids in schools, such as the shooting that killed 17 at Marjory Stoneman Douglas High School in Parkland, Fla., in February.

Of equal note: In all but three of the 14 mass shootings involving the AR-15, other guns were used as well. The No. 1 group-killing gun in this country is the 9mm handgun, according to a recent Washington Post analysis.

Federal law only requires background checks for gun sales at licensed dealers, although 19 states and Washington, D.C., now require background checks on all handgun sales. In states that have done this, 47 percent fewer women are shot to death by their intimate partners, 53 percent fewer law enforcement officers are killed with guns, and gun trafficking in cities drops by 48 percent, according to the Everytown for Gun Safety Support Fund.

I support the right to legally own a gun. But we don’t need rifles that can be easily turned into assault rifles. The Second Amendment is there to protect democracy, our families and our property, not cheap thrills for those who want to play with guns by shooting multiple rounds of ammunition per trigger pull.

Nor is there any sane reason why we continue to allow people to buy guns at gun shows and other venues without any type of background check, and allow no-ID-required internet sales of guns, ammunition and bump stocks or other parts to convert semi-automatic guns to automatic.

So, I’m asking you to join me in supporting politicians in favor of making bump stocks illegal, eliminating the ability to sell rifles that can be converted into assault types, and requiring all gun sales to include background checks.

What Ever Happened to Albertville's "Mall of Entertainment"?
RIP: What We All Can Learn From John Nasseff
The Evolving Role of Business Education
The Long Play: Why Stand Up! Records' Dan Schlissel Won't Stop Printing Comedy on Wax

I know some of you are opposed to my viewpoints. Normally I’d say, “That’s fine; we can agree to disagree” and leave it at that. But please consider the 17,000-plus kids getting shot every year; if you have a better solution, let’s hear it. But don’t just sit there and do nothing.

And with that, this is farewell, as I leave the journalistic podium that our owner, Vance Opperman, and president, Gary Johnson, entrusted me to speak from for the last seven-and-a-half years. Sometimes this column has highlighted great achievements and attributes of our state; other times it’s been to take on serious social issues such as gun safety.

The same has been true of our overall mission as a brand. We’ve celebrated all that’s wonderful across Minnesota—the businesses and the people leading them, exploring their challenges and highlighting their successes. And we’ve taken Twin Cities Business to new levels, including increasing the percentage of women reading the magazine from 28 percent to 41 percent.

We’ve looked at complex issues that affect our business community, such as the entry of more Muslims in workplaces and the ensuing cultural dynamics; the lack of diversity in our top corporate ranks; why more post 9/11 veterans aren’t getting hired; how Pheasants Forever became the top recipient of Legacy Amendment funding; and more. And we’ve had fun, whether exploring regions such as Greater Bemidji, publishing creative features (the alter egos of ordinary business people was one such story), and introducing new events such as Person of the Year and People to Know.

Today, TCB is the financially healthiest it’s been since before the Great Recession, and the quality of its content is at its strongest point in years—all due to the awesome team I’ve had the opportunity to work with. As such, it’s the perfect time for me to leave to pursue new challenges and opportunities.

For the last several weeks, we’ve been working on transition plans, and the TCB team is well-positioned to continue delivering award-winning content produced with a deep passion and an unparalleled dedication to quality. A heartfelt thank you to Jayne Haugen Olson, Adam Platt, Liz Fedor, Burl Gilyard, Sam Schaust, Kate LeRette, Chris Winn, Gene Rebeck, Judy Arginteanu and others who have worked with me on Twin Cities Business. And a special thanks to Shelly Elmore, who continues to be the best person in the industry at knowing how to sell objective business content to advertisers, sponsors and strategic partners.

Last but not least, thank you to the business, civic and nonprofit leaders I’ve had the privilege of spending time with. As I’ve said many times at our events, you honor us by sharing your time, insights and stories with our audiences, and without you, there would be no Twin Cities Business—nor would there be the strong Minnesota economy and culture that we all enjoy.